Home Kollywood News Rock star Anirudh does it for Vaibhav!

Actor Vaibhav was last seen on screens in the comedy entertainer Sixer which hit the screens under the directorial of debutant story teller Chachi with actors Palak Lalwani and Sathish in pivotal roles. The comedy entertainer was panned by the critics in the industry as well as by the audience which reflected heavily in the box office as well. The actor is keen to deliver a hit venture again to navigate back to the winning zone. The actor is currently gearing up for the release of his next flick titled as Taana. Now, we have the first single of the film out on social media. 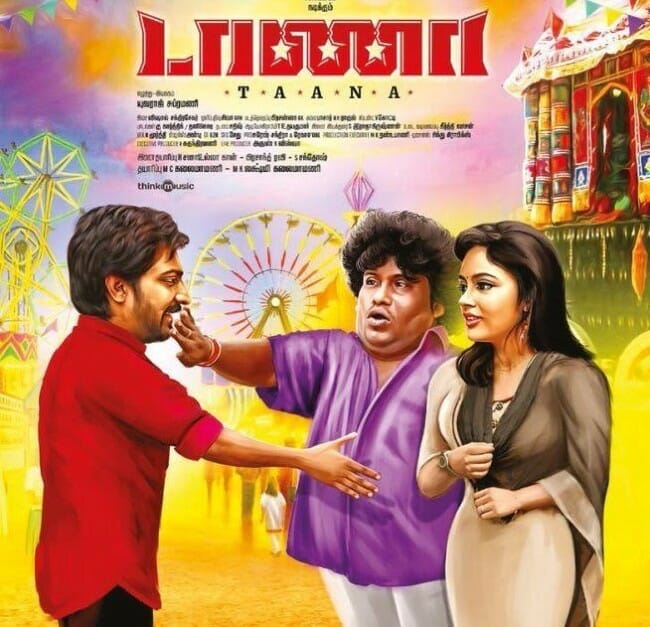 The production house recently unveiled the teaser of the flick on social media which enjoyed a good reception among the internet users clocking a decent number of views on YouTube. Now, the production unit has released the first single from the movie titled as Nee Mayakkura for the audience. Music director Anirudh Ravichandran has launched the catchy number on social media. Taking to his twitter handle, the musician shared the lyric video of Nee Mayakkura and wrote, ‘Happy to release the first single Nee Mayakkura from Taana. Wishing the best to my brother Vaibhav.’ The number is crooned by singer Sinduri and the lyrics of the song are written by Ku. Karthik. The breezy number is good enough to get in to the playlist of music lovers in the state.

The entertainer is about a youngster whose family background is entailed to the police department nearly for last 15 generations. Almost all of his relatives of the past few generations have held some sort of position in the police department of the state which forces him to take up a job in the department. The comedy drama is scripted and directed by debutant film maker Yuvaraj Subramani, an erstwhile assistant of Selvaraghavan. Earlier speaking about the project, the director said, “Vaibhav’s character is a middling and cowardly individual who does not meet anybody’s expectations on him out of fear for living. We are used to seeing cops either in a higher bravery pitch or as corrupt individuals. But in this entertainer Vaibhav who is forced to become a cop is afraid of most of the things in life.”

Actress Nandita Swetha essays the role of a technician in a hospital while comedian Yogi Babu plays Vaibhav’s friend and will be seen in a debt collector role. Veteran actor Pandiarajan will be seen in the role of Vaibhav’s father. The motion picture is produced by producer M. C. Kalaimamani under the banner Nobel Movies. The music for the movie is composed by Vishal Chandrasekhar. While G. R. N. Shiva has held responsibility for the cinematography department of the movie, editor G. K. Prasanna will be in charge of the editing department of the comedy flick.

On the work front, actor Vaibhav is gearing up for a back to back release in the likes of RK Nagar directed by Saravana Rajan, Kaatteri helmed by Deekay and now Taana has joined the race as the third entry. Apart from these projects, the actor has Kallam Karka directed by debutant Charles SG getting shaped up in the post production stage for release.

Manmatha Leelai: Promises to Be an Unadulterated Adult...