Rajinikanth starrer “2.0” is the most eagerly awaited of the whole lot. This sci-fi entertainer that is made on a huge budget of Rs 450 crores is considered to be the most expensive and the costliest film made in the history of Indian Cinema. This spectacular movie is directed by S Shankar which features Akshay Kumar as the antagonist and Amy Jackson as the female lead in the film. The legend AR Rahman is also on board for handling the music. 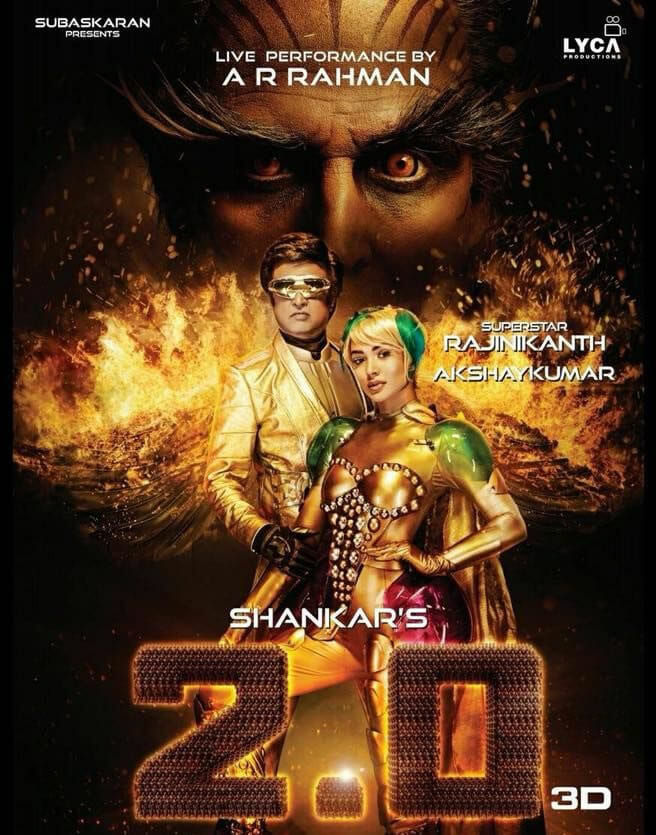 Finally after months of waiting, the ace director Shankar revealed some important updates about his mega budget film that the teaser of “2.0” is getting ready at a Hollywood studio. The shoot of Shankar’s dream project “2.0” was wrapped up months ago and there were wide speculations that the teaser will be released for Diwali last year, but all the ardent fans were disappointed . The delay is reportedly because of the hi-tech post production work which the producer claims is on full swing and is taking a lot more time due to the CG works. He has also said that the teaser will be released once the CG works are completed.

On the Republic Day Shankar surprised us all by giving us the update on the much anticipated “2.0” teaser release. This film is going to be the ultimate and a fresh and interesting subject. Thus, a big film on it’s way very soon.

Vishal Looks Fierce In The First Look Poster Of Adhik...