Actor Sibi Sathyaraj is one of the actors of Tamil cinema who have made their debut in the industry a long time ago but is still battling it out to deliver a solid hit flick under his name. The actor did not have a good outing with his last movie, a mystery thriller Sathya, an official Tamil remake of hit Telugu movie Kshanam, directed by director Pradeep Krishnamoorthy. The venture garnered critical acclamations from the critics in the industry but it did not do well commercially as expected. The actor at present is at the best phase of his career and is currently busy shooting for various ventures simultaneously. Now, we have an interesting piece of information about the actor’s next project. 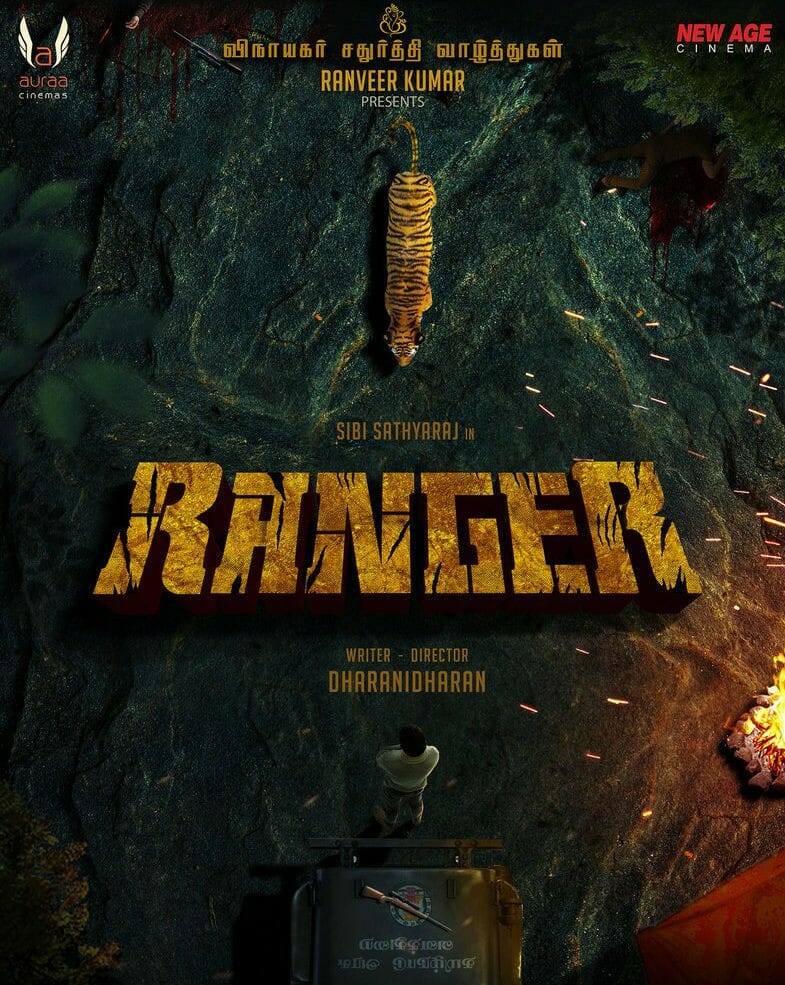 The actor’s next drama will be loosely based on real life incidents that took place last year in the country. The project which went on floors without a title in the month of April has now been named as Ranger. The production unit has shared the title of the drama along with the first look poster of the flick. Taking to their official twitter handle, the production house shared the first look poster of the drama and wrote, ‘Here it is! Our next film titled as Ranger. Story based on a true incident happened last year for a tigress named Avni.’ The first look poster which appears to be an aerial shot has a tiger approaching a man standing in front of a jeep unarmed but with a gun in the front of his jeep. The first look poster looks intense and fierce which is sure to get the attention of the audience.

Last year a man eating tigress Avni was in the headline after being bestowed with a shoot at sight order after she was alleged to have killed 13 humans. The film is said to explore the man and animal conflict to a larger extent and lay light on how we humans get in to the living space of animals to build resorts and to accomplish other commercial establishments. Actor Sibi Sathyaraj will be seen in the role of forest officer. Actress Ramya Nambeesan will be playing the female lead role in the entertainer. The entertainer will be directed by Dharanidharan of Jackson Durai fame. The music for the drama will be composed by Arrol Corelli. The motion picture is bankrolled by Kaviya Mahesh under the banner Auraa Cinemas.

On the work front, the actor who is gearing up for the release of his next thriller drama titled as Ranga directed by Vinod D. L is currently busy shooting for his next mythological mystery thriller named as Maayon under the directorial of film maker Kishore in which the actor will be romancing actress Tanya Ravichandran. Besides this venture the actor has the multi starrer action crime thriller Walter which is set to be helmed by director U. Anbarasan in which he will be seen alongside actors Vikram Prabhu, Arjun Sarja, Samuthirakani, Gautham Vasudev Menon, and Shirin Kanchwala. Apart from these flicks, the actor has signed for an untitled film which will be directed by Pradeep Krishnamoorthy which is said to be the Tamil remake of super hit Kannada film Kavaludaari in which he will be sharing the screen space with his father Sathyaraj.

Vikram’s Long Delayed Dhruva Natchathiram to Have a...