Actor Vishnu Vishal is currently at the peak of his career and is busy shooting for multiple ventures simultaneously. The actor will soon begin to shoot for his next entertainer which is titled as FIR, abbreviation Faizal Ibrahim Rais. The entertainer will be scripted and helmed by debutant story teller Manu Anand, former assistant director of Gautham Vasudev Menon. The venture recently went on floors with a formal pooja in Chennai. Couple of pictures that were snapped during the pooja event which had actors Vishnu Vishal, Manjima Mohan, Raiza Wilson and Reba Monica John went viral on social media. We also had reported on the event. Now, film maker Manu Anand and actor Vishnu Vishal has opened up about the project. 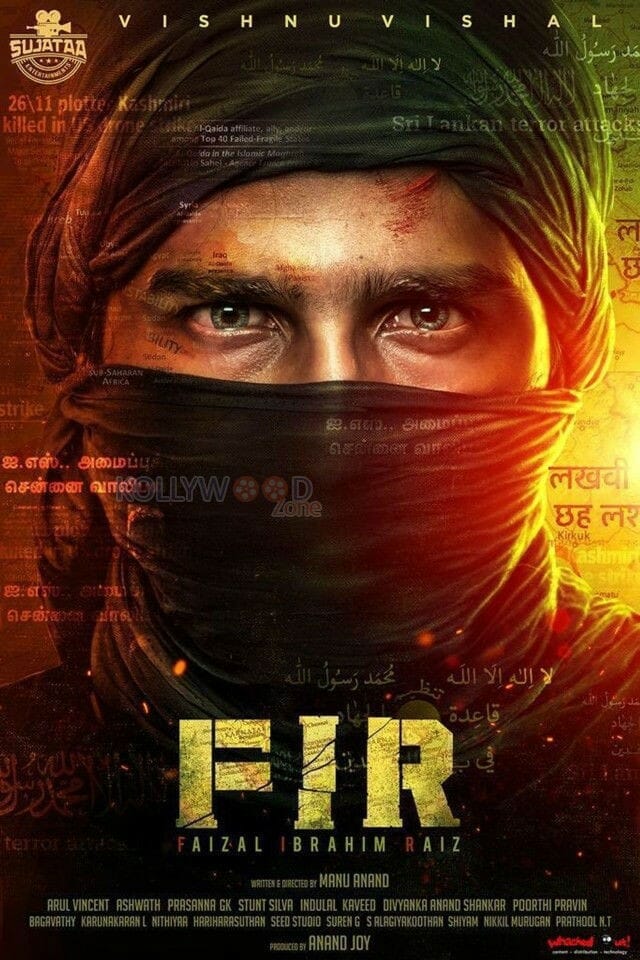 The film is said to be an intense action thriller which is inspired from real life events. Opening up about the intense drama, director Manu Anand says, “The story of FIR is inspired from real life incidents but it is not a depiction of those episodes. Actually I met actor Vishnu with two scripts but he chose this script for its intense and challenging nature. When I finished the script I felt actor Vishnu Vishal will be the right artist for the script. I choose him because he has a unique body of work and he is a versatile actor in the industry. He has also found a fine balance between the commercial entertainers and content oriented dramas which not many in the industry manage well. The heroines of the movie Manjima Mohan, Raiza Wilson and Reba Monica John have well crafted characters which will be relevant to the plot. We have planned to shoot the film in Chennai, Hyderabad, and Coimbatore. If everything goes as planned we will begin shooting for the flick from 11th of September.”

Talking about his character in the film, Vishnu Vishal stated, “I will be portraying a role of a Muslim guy in the drama. The story is about the life that he desires to live versus the life that he is enforced to live. He is a well educated guy living in the city but a series of unfortunate events changes things for him.” The first look poster of the film was recently unveiled on social media by rock star Anirudh Ravichander. The motion picture is produced by Anand Joy under the banner Sujataa Productions. The music for the venture will be composed by N Ashwath. Cinematographer Arul Vincent of Kirumi fame will be behind the lens for the venture, while editor Prasanna G. K will be trimming the entertainer.

On the work front, the actor is currently busy shooting for his multi lingual drama Kaadan which is helmed by director Prabhu Solomon. The actor will also begin shooting for the sequel of his super hit science fiction movie Indru Netru Naalai under director R. Ravikumar very shortly. Besides these flicks, the actor has an untitled sports drama in which he will be seen alongside his buddy Vikranth. He has also recently inked his signature for an untitled drama which is set to be directed by director VJ Gopinath of Jiivi fame. Besides these ventures the actor also has Jagajala Killadi getting shaped up in the post production stage.