VJ Suresh Ravi is quite popular among the youngsters in the state, the popularity that he earned through his long journey in a music channel. The VJ turned actor made his debut on the silver screens with the horror comedy entertainer Mo which hit the theaters in the year 2016 under the direction of director Bhuvan R Nullan alongside actors Aishwarya Rajesh, Ramesh Thilak, Pooja Devariya and Mime Gopi in various other roles. The actor who was in a break for a long time after the horror thriller is now gearing up for the release of his next venture titled as Kaval Thurai Ungal Nanban. Dubbing artist Raveena Ravi will be playing the female lead role in the movie while actor Mime Gopi will be seen in a pivotal role. Now we have an important update on the flick. 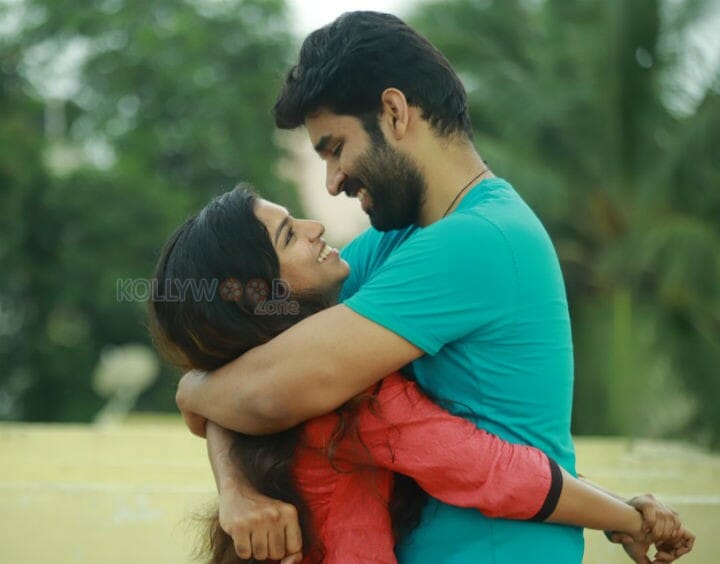 The venture is scripted and directed by debutant story teller RDM. Now we have news that the rights of the entertainer has been acquired by Ravinder Chandrasekaran of Libra Productions and he will be releasing the film in the state. Speaking about the project, producer Ravinder Chandrasekaran states, “In the recent times minimalistic budget films with fresh content have managed to garner the attention of Tamil cinema audience and have turned to be very successful in commercial terms as well. Precisely, these sorts of movies are the bankable ventures for producers like me as well as for other producers in trade. When I watched Kaval Thurai Ungal Nanban, I felt that the drama had every essential elements that today’s audience are expecting in a flick and I did not want to miss out on the movie. The entertainer will be a thriller drama with a plot that has realistic touch and is neatly presented. I am confident that the audience will like the entertainer.”

Earlier speaking about the film, actress Raveena Ravi said, “The entertainer will be a thriller movie which revolves around the repercussions of a terrible incident that happen to my character. At this point I cannot reveal much about my character as it is entwined to the main plot. We have wrapped up the shoot for the flick. I guess it will hit the screens within the next three months,” concluded the actress. The film was recently sent to the sensor board for certification where it was tagged with a U/A certificate. The production house is currently making moves to bring out the flick. An official confirmation on the release date is expected to be announced soon. We will have to wait to see whether the thriller drama puts actor Suresh Ravi in the limelight as he has pinned a lot of hopes on the project.

On the technical front, the music for the movie will be composed by Adithya Soorya. Cinematographer Vishnu Shri has been behind the camera for the entertainer while editor Vadivel and Vimal Raj has taken care of the editing department of the drama. Rajesh has dealt with the art department of the project.