Superstar Rajinikanth, if he likes a person he openly praise them for their work. Recently, Superstar saw the film Kanithan in a special screening. Kanithan is the forthcoming Tamil action thriller starrer Atharva and Catherine Tresa in the lead role. The film is directed by debutant director T.N Santhosh and drummer Sivamani is composing music. 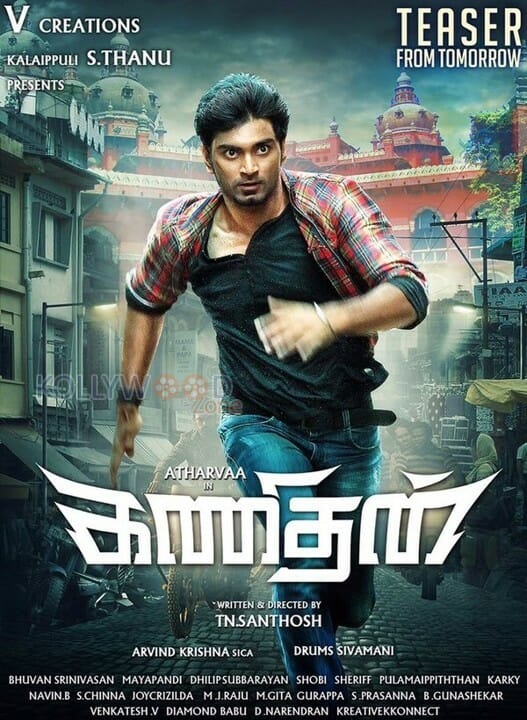 Atharva is making his way in Tamil film industry with good films like Paradesi, Eetti, Chandi Veeran is praised by Superstar Rajinikanth for his upcoming film Kanithan. Superstar says, Atharva will join in the list of mass heroes after the release of the film. He also praised the entire Kanithan team and said the film has come out well.

It’s a boost for budding actor to be praised by Superstar. The teaser which was released recently got good reception from the fans due to its suspense thrilling scenes. The film is to hit the screens very soon. Let’s wait and watch Atharva performance in the film Kanithan.