Sometimes a teaser is enough to create an impact enough. Such is the situation of the film that has been titled “Party”. Yes! The film has a huge cast or rather we can say that it is a multi-starer movie and each of them is stars enough to catch an eye or a glimpse. The casting line up includes Jai, Nasser, Sathyaraj, Shiva, Jayaram, Kayal Chandran, Sanchitha Shetty, Ramya Krishnan, Regina Cassandra and Nivetha Pethuraj. The best and the most attractive part of the film is that the film ends with the old and cherished song “Oh Party Nalla Party Dhaan” which created a buzz and was loved even then and would be loved even now. 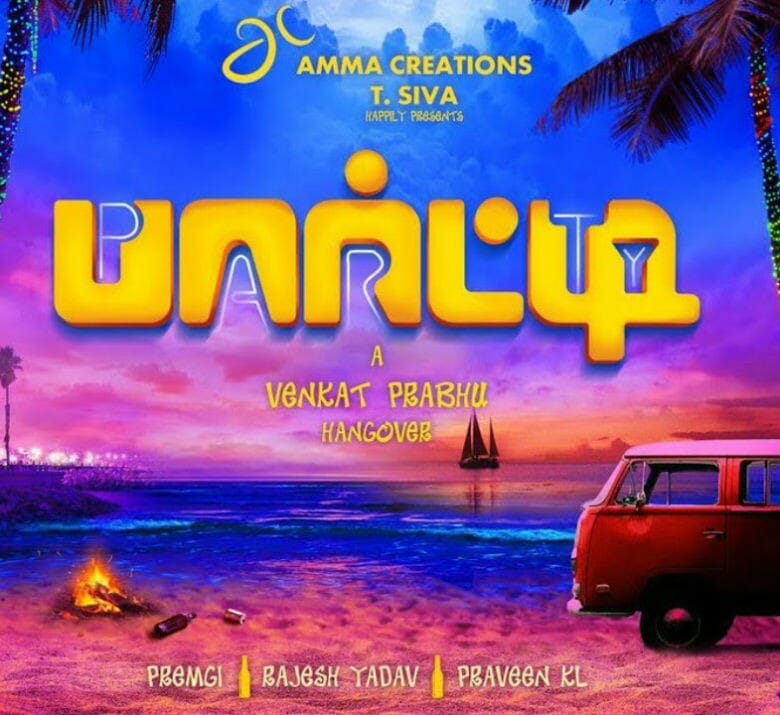 People who are fans of cars and stunts are going to love this film because the film includes some wow stunts and has races which will set the role of applauses in the theatres. The film is directed by Venkat Prabhu and has been shot mostly in the island of Fiji. The music is composed by Premji Amaren and this is going to be the first time that he will be composing for Venkat. Not to forget that the cinematographer is none other than Rajesh Yadav. The glam of the film is too much to resist and this makes the film a much awaited one.