It was anticipated that for Pongal festival small and big budget movies nearly five to six will be released, but to the disappointment of many only Bairavaa, Puriyadha Pudhir and Koditta Idangalai Nirappuga movies are planned to hit screens. It was stated that only these three movies will be released which is confirmed and as theater availability will not be there for small budget movies. 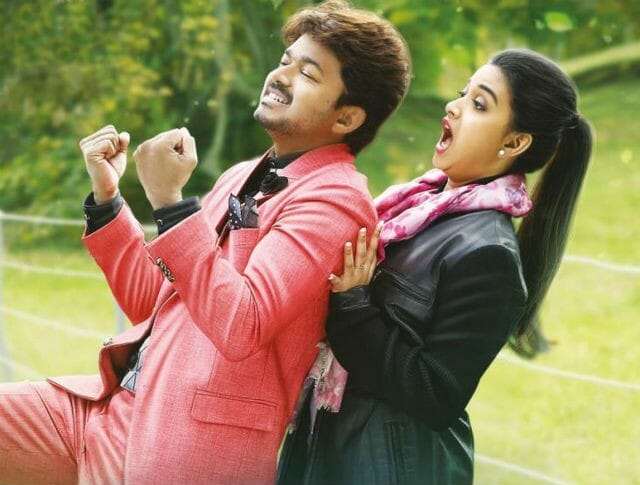 As per latest report GV Prakash and Kriti Kharbanda have acted in Bruce Lee and the movie was postponed to February and earlier it was planned to be released for Pongal. Bairavaa will hit screens before Pongal which will be the Pongal treat for Vijay’s fans.

The movie will be released in around 450 theatres and there are chances that Bairavaa’s first day collections is anticipated to cross Kabali, Vedhalam and Theri. Vijay Sethupathy’s Puriyadha Pudhir will be released on January 13th and Parthiban’s Koditta Idangalai Nirappuha on January 14th.