Actress Nayanthara is the trend setter for women centric films in Tamil cinema which is now being avidly followed by many actresses in the industry. The actress who has been riding high in the recent years took a pitfall in her previous outings with the comedy entertainer Mr. Local directed by M. Rajesh and also with her women centric film Kolaiyuthir Kaalam which was helmed by Chakri Toleti. But the actress has come back to the winning ways with her Malayalam film Love Action Drama directed by Dhyan Sreenivasan in which she shared the screen space with actor Nevin Pauly. Now, we have an interesting piece of information about the actress’s next project. 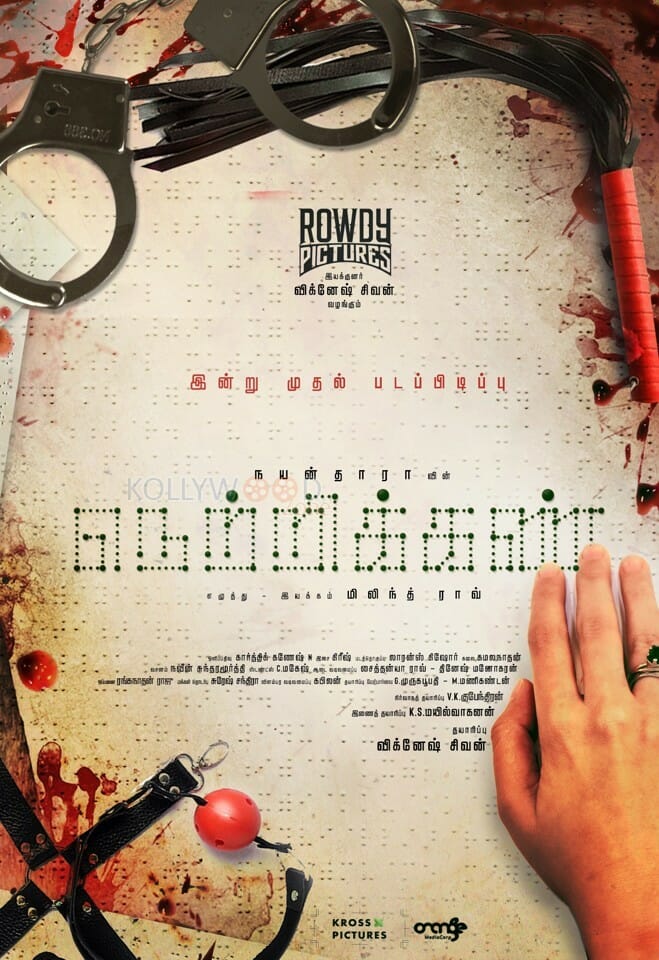 The actress has recently begun to shoot for her 65th film which went on floors with a formal pooja in Chennai. The venture is set to be scripted and directed by Milind Rau of Aval fame. It will be the actress’s beau and story teller Vignesh Shivan who will be bankrolling the project under his newly launched banner Rowdy Pictures. Now, the interesting news about the project is that the venture has got the popular title of super star Rajinikanth’s classic film. The lady super star Nayanthara’s flick has been named as Netrikann and the whole unit seems to be very happy about it. The news has been shared on the official twitter handle of the production house along with a photo of Vignesh Sivan, Nayanthara, Mrs. Pushpa Kandaswamy and Mr. Kandaswamy together with a thankful message, ‘With KB sir’s blessings. Thank you Kavithalaya Productions!’

Commenting on the title, producer Vignesh Sivan says, “Our entire team is very grateful to Rajinikanth sir, late legendary film maker K. Balachandar sir and Pushpa of Kavithalaya Productions for granting us permission to name our film as Netrikann. This is very special because Nayanthara’s debut film Ayya was also bankrolled by Kavithalaya Productions.” Speaking about the venture, the producer states, “Milind has penned an interesting and intriguing thriller script. Just like his previous flick Aval, even this movie will be a great entertainer to the audience,” concluded the producer.

On the professional front, the actress will be next seen on screens in the Telugu biographical epic action film Sye Raa Narasimha Reddy alongside Chiranjeevi and in the sports movie Bigil which is directed by Atlee in which she has shared the screen space with actor Vijay. The actress is currently busy shooting for the super star Rajinikanth starrer Darbar under the directorial of controversial story teller A. R. Murugadoss.