Director turned actor SJ Suriya is a multi-talented artist of Tamil cinema. The actor is fresh from the success of Maanaadu which hit the screens under the direction of film maker Venkat Prabhu with actor Silmbarasan in the lead role. Now, the actor is currently gearing up for the release of his next project titled Kadamaiyai Sei. Actress Yashika Anand has played the female lead role in the drama. The production house has shared the release month of the flick on social media. The movie is poised to hit the theaters in the month of May this year. Actress Yashika Anand took to her official twitter handle and shared a poster from the flick and wrote, “See u soon in theaters. Been so long makkaleyyy! But always grateful for the love and support. Kadamaiyai Sei! Loved working with SJ Suriya sir.” 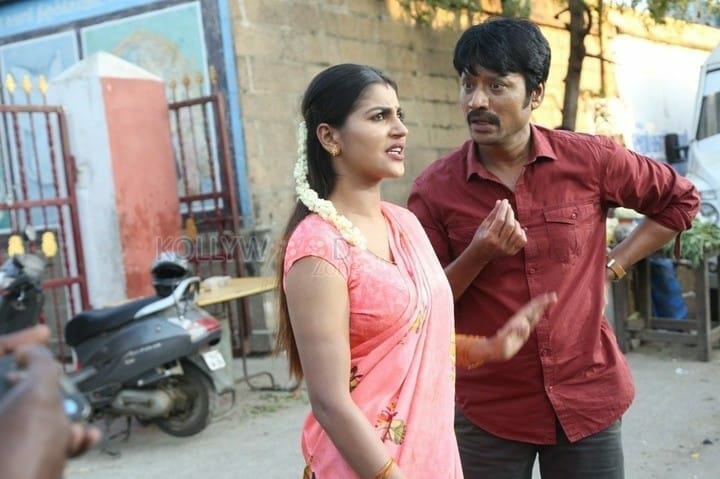 It is said that the production house is in plans to release the entertainer on 13th of May. However, actor SJ Suriya’s another film titled Don with actor Sivakarthikeyan in the lead will be hitting the screens on the same day. Seems like the actor will have a double release on the day. But we will have to wait to see if the production house will pick some other date for the release and avoid the clash.

The movie is directed by film maker Venkat Raghavan of Muthina Kathirika fame. Apart from SJ Suriya and Yashika Anand, the casting of the flick includes actors Mottai Rajendran, Vincent Ashokan, Charles Vinoth, Rajasimman, and Sesu in various other supporting roles. The music for the entertainer is composed by Arun Raj. Cinematographer Vinoth Rathnasamy has cranked the camera for the flick. Editor N. B. Srikanth will be taking care of the editing department. The entertainer is funded by T. R. Ramesh for the banner house Ganesh Entertainment along with Zakir Hussain of Nahar Films. Chimbu Cine Arts has bagged the theatrical rights of the flick in Tamil Nadu.

On the work front, actor SJ Suryah who had a release in Maanaadu lastly is currently busy shooting for Bommai under the directorial of film maker Radha Mohan in which he will be romancing actress Priya Bhavani Shankar. Following which he will begin to shoot for Mark Anthony which is set to be directed by story teller Adhik Ravichandran of AAA fame in which he will be seen alongside actor Vishal. Apart from these projects the actor has his long-delayed ventures titled Uyarndha Manithan helmed by Tamilvannan, and Iravaakaalam directed by Ashwin Saravanan.

On the other hand, actress Yashika Aannand has several films lined up in her pipeline. The actress who was last seen in R23 Criminal’s Diary will next be seen in a cameo appearance in Arav’s Raja Bheema directed by film maker Naresh Sampath. Following which she will have a back-to-back release in the likes of Bhageera directed by film maker Adhik Ravichandran, Sulphur helmed by Bhuvan, Ivan Than Uthaman directed by story teller Magesh, Pambattam, and Bestie.