Jiiva’s upcoming untitled action thriller film directed by ‘Rekka’ fame Rathna Siva is currently in production. While the producers had stated that the female lead role will be shortlisted soon, they have the official announcement now. Tollywood’s most popular and gorgeous Riya Suman will be paired opposite to Jiiva in the movie. She has gained popularity with her appearance in Telugu movies like Paper Boy and Majnu. 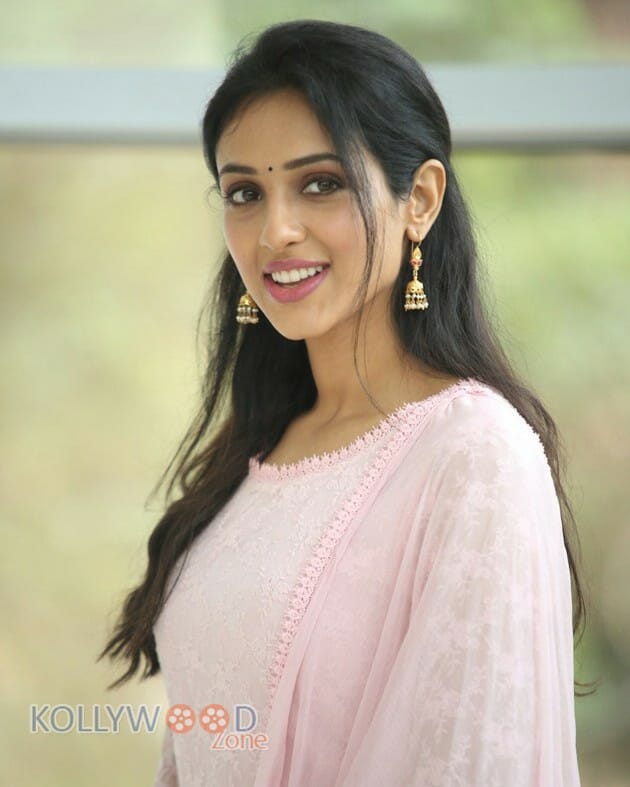 When asked about her new role actress Riya Suman says, “This is my debut film in Kollywood and I am thrilled about the role that is given to me. Till now, the characters I have acted in Tollywood have been somewhat serious, but this movie represents me in a much lively character.”

The heroine confesses that she had a blind belief that she will easily master the Tamil dialogues for the film, but had to face something opposite on the sets. She further adds “It was a big mistake to have such a misconception and I’m now working very hard to gain command over this wonderful language. I had very limited time to learn Tamil as I had to start the shooting at earliest. Special thanks to my assistant joining me all the time in the shoot to translate the dialogues from Tamil to English or Hindi. Jiiva too has been very supportive when I had difficulty in delivering the dialogues. I am very thankful to him and director Rathna Siva for being very supportive.

She also says, “My character isn’t a bubbly one, but will have importance throughout the movie. In fact, mu role will be very helpful in solving a lot of mysteries in the film. I am thankful to the producer Isari Ganesh Sir (Vels Film International) for giving me an opportunity in Tamil. Working with a producer of his expertise gives me huge pride.”