Kollywood sources have stated that it has reported on (23rd November) that there are chances of Vishal’s Kaththi Sandai being released for Pongal 2017 because the December month is already booked by many films. 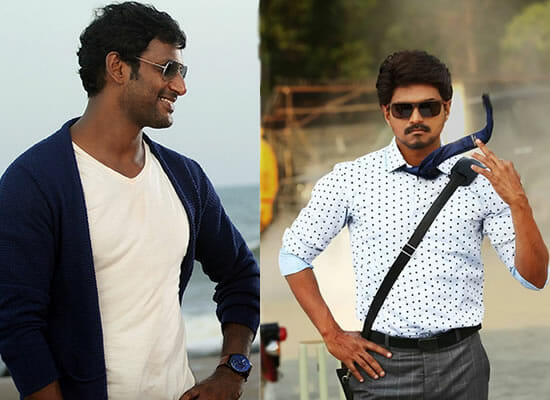 As per latest news from Kollywood sources it has come true. This comedy movie from Vishal , Vadivelu and Soori combo is all set to release for Pongal 2017, along with Vijay’s Bairavaa. It should be noted that Vijay and Vishal have had two box office clashes earlier in the form of Pokkiri – Thamirabarani, and Kaththi – Poojai.

Kaththi Sandai, said to be a comedy mixed with family entertainer, will be a perfect festive release for the families to enjoy and laugh out loud. Vijay’s Bairavaa is nearing completion and after acting in the movie Vijay has planned to leave abroad along with his family for having fun and to enjoy with his kids.