Actor Vijay Sethupathi is the busiest artist in Kollywood right now with his kitty full enough to keep him busy until 2021. Being the kind of overall passionate artist who just loves to do experimental films irrespective of its outcome, he does not limit himself within the acting department; the actor consistently explores all departments in the cine field, right from singing to penning down a script. His entire filmography is the evidence to the fact that the performer is the epitome of experimentation art. The reason for this is the actor’s openness to take up characters which even many popular artists in the industry waver to touch. 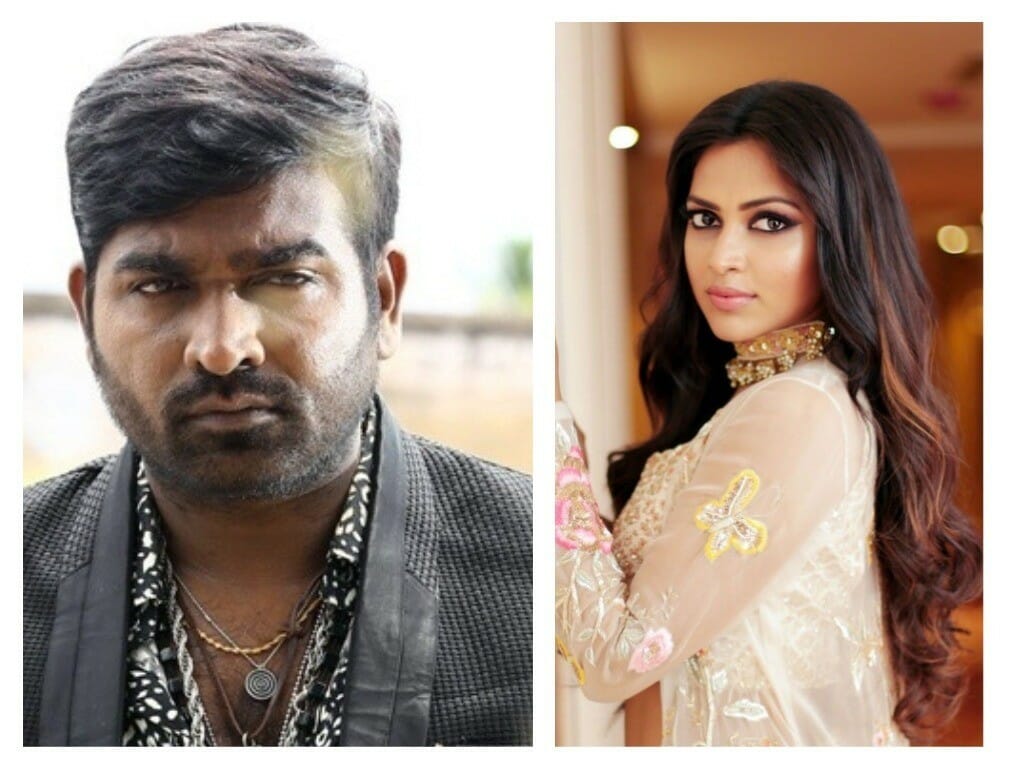 The actor who was last seen on screens in Thiagarajan Kumararaja’s directorial Super Deluxe has now inked his signature for yet another film in his career. The project will be scripted and directed by debutant film maker Venkata Krishna Roghanth, a former associate of critically acclaimed story teller S. P. Jananathan. Temporarily titled as VSP 33, the flick will have actress Amala Paul in the female lead role. This venture will mark the first time association of actors Vijay Sethupathi and Amala Paul.

The movie has already gone on floors in Palani today with the first clap by the director’s guru S. P. Jananathan. Now, the unit is heading to Ooty to roll their first schedule of the shoot. For the first time in his career actor Vijay Sethupathi is set to don the role of a musician in the film. Touted to be a musical drama revolving around Christmas and New Year, the flick is also said to contain an important message regarding the contemporary international issues.

Apart from actors Vijay Sethupathi and Amala Paul, the film will also have a foreigner essaying a pivotal role. While Mahesh Muthuswamy will be handling the cinematography department, Sathish Surya will be editing the film. The music for the flick is composed by Nivas K Prasanna. The project is set to be bankrolled by Esakki Durai under the banner Chandra Arts.

On the work front, the actor is now gearing up for the release of his next venture Sindhubaadh in which he has shared the screen space with his son Surya Sethupathi and Anjali. The actor is currently shooting for S. P. Jananathan’s social drama Laabam which has actress Shruthi Hassan in the female lead role. Apart from this the actor recently wrapped up shooting for his action flick Sanga Tamizhan under the directorial of director Vijay Chandar which will have actresses Raashi Khanna and Nivetha Pethuraj in the female lead roles. Besides these projects the actor will make his debut in Malayalam this year with Marconi Mathai as well as in Telugu with Sye Raa Narasimha Reddy.

On the other hand, actress Amala Paul will be turning producer this year by bankrolling her Malayalam crime drama Cadaver. Apart from that the actress has Tamil entertainers like Adho Andha Paravai Pola, Aadai, and Malayalam ventures like Aadujeevitham, Parannu Parannu in her kitty.