Kollywood lead director Shankar is known for his mass direction and his movies are the proof to it. In the history of Indian film industry his movie 2.0 is made with the budget of 350 crores. It is the biggest budgeted movie and the movie features Superstar Rajini, Amy Jackson and Akshay Kumar have acted in lead roles. 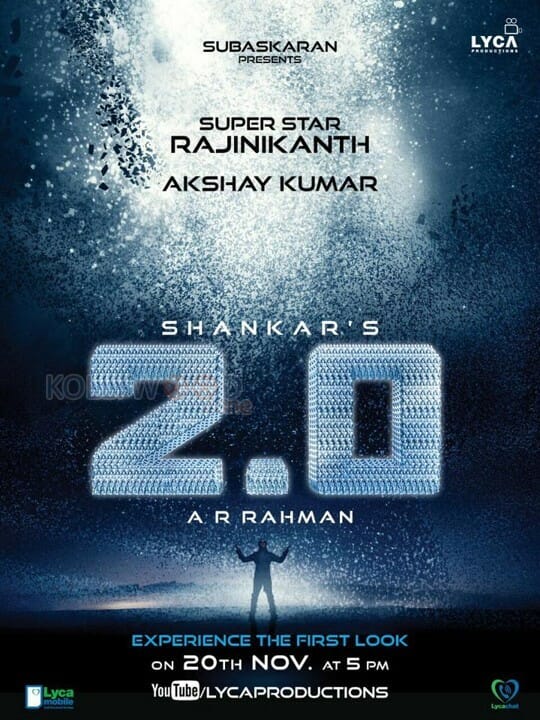 The movie is produced by Lyca Productions Company in a great way. Presently the shooting work is completed to 75% and director Shankar has planned to complete the work at the earliest. Meanwhile it was stated that the movie’s first look is planned to be released at Mumbai on November 20 at Yash Raj Studios.

Through Lyca’s Mobile App You Tube the program can be watched live on November 20 at 5 pm. It was stated that the program will be hosted by Bollywood industry’s director Karan Johar.