Under the directorial of Suraj, presently Vishal, Tamannah, Soori and Vadivelu are acting in lead roles and for the very first time Tamannah is posing with Vishal in this movie. Vishaal is black in color and meanwhile Tamannah is fair and beautiful. 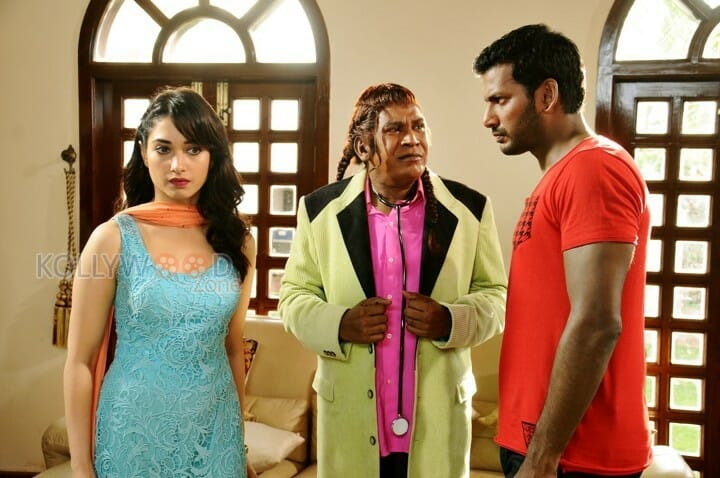 Their combination in the big screen is a big plus point in the movie. In the Kollywood cinema earlier actors Rajinikanth, Vijayakanth and Vishal are black in color and many actresses had tough competition to act with Rajini. Actresses who hesitated to act with Vijayakanth, later has also posed with him due lack of chances.

Presently actresses never sees the color combinations of the heroes and Tamannah is an exceptional actress and she is posing with Vishaal and currently song shoot is going on and the movie will be released for Deepawali. Keep watching for more news about ‘Kaththi Sandai‘.

Motion poster of Pa. Ranjith’s next with Dinesh...