After 22 years, the sequel to the 1996 flick Indian directed by Shankar is all set to get a sequel, and the 1996 movie had Kamal Haasan in dual roles as a father, a freedom fighter and vigilante against corruption Senapathi and his son Chandrabose aka Chandru, a corrupt break inspector. Senapathi character was appreciated well for the authentic looks and makeup.

Now, Shankar and Kamal have joined hands yet again for the sequel, and again it has been said that Kamal Haasan will be seen in dual roles, and Senapathi character which had escaped to foreign will return, with another younger Kamal as well being introduced. 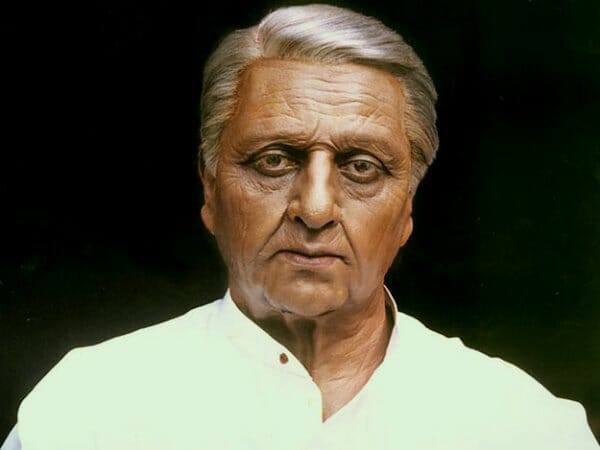 The movie will have Nayanthara as the heroine while Ajay Devgn plays the villain, and Anirudh will compose music. Foreign technicians will be brought for Kamal’s makeup, and the shooting will happen in Ramoji film city, Ukraine, Poland and will begin next month. Meanwhile, there are also reports that Kamal Haasan might restart the shooting of ‘Sabash Naidu‘ once again.

Shruti Haasan in her recent interview confessed that the movie will be resumed once again and she is excited to join the team. Shankar will also complete all the groundwork before starting the shooting of ‘Indian 2’.

So the chances of ‘Sabash Naidu’ has gone higher right now. Kamal Haasan is upset as his recent release ‘Vishwaroopam 2‘ failed so miserably at the Box-Office. His RKFI production banner is in a crisis stage and he is looking to resurrect with ‘Sabash Naidu’ movie.