Dhanush’s last release was the Soundarya Rajnikanth directorial Velaiyilla Pattadhari 2, and it has been 11 months since its release. The actor’s next release, the Vetrimaran directorial Vada Chennai, the first part of a trilogy has been announced already as a September release, except that the date has not been finalized. The teaser of Vada Chennai will be out on July 28 on occasion of Dhanush’s birthday and it has been expected that this will be a very new film for Tamil cinema. 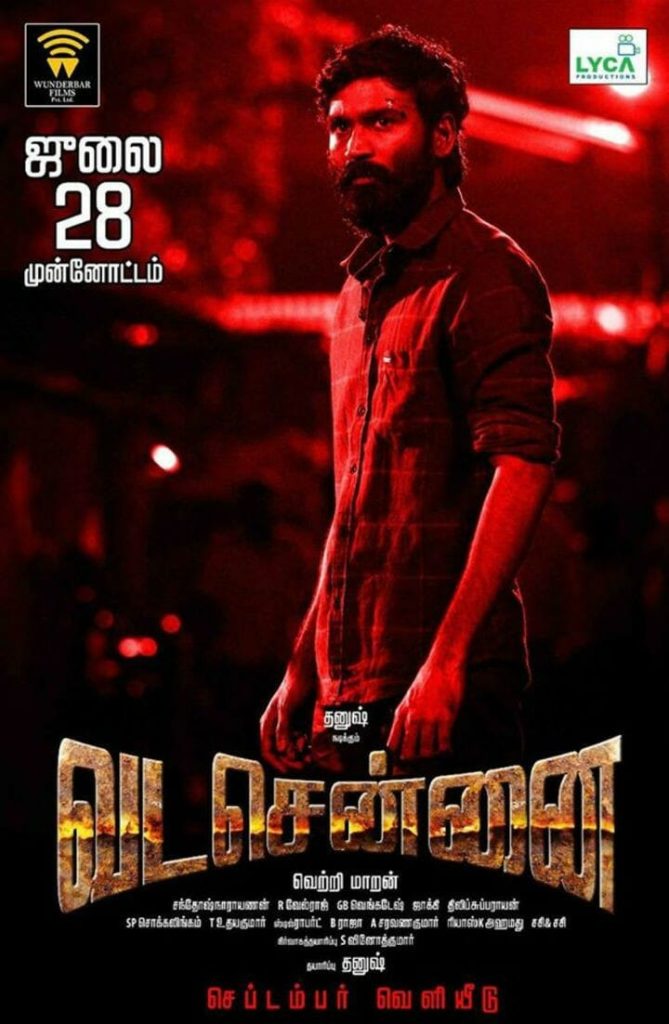 There’s a huge competition as to which movie will be Dhanush’s next after Vada Chennai. Balaji Mohan’s Maari 2 has completed shooting almost and is in final stages of shooting. Besides, Gautham Menon’s Enai Noki Paayum Thota has begun its last schedule also featuring Sasikumar as Dhanush’s brother two days back.

If Vada Chennai succeeds meeting the expectations it is expected that business will be high for dhanush’s next release and while Escape artists have produced ENPT, Maari 2 is bankrolled by Dhanush himself, It is to be seen if Dhanush will release his home production first or will allow the release of his friends production ENPT first.