Samantha, the hattrick girl of 2018 is all set to have double releases on Vinayakar Chathurthi as her Tamil/ Telugu bilingual U-turn and Tamil movie Seemaraja costarring Siva Karthikeyan and directed by Ponram, are releasing on September 13.

U-turn is directed by debutant Pawan Kumar who had earlier directed U-turn in Kannada in 2016 and the movie was a super hit and has now remade it here. yesterday the movie’s special promotional track The Karma theme was released and the sizzling dance number featured Anirudh and Samantha and with Anirudh’s voice and Samantha’s sizzling dance moves, Karma theme has become an instant hit. 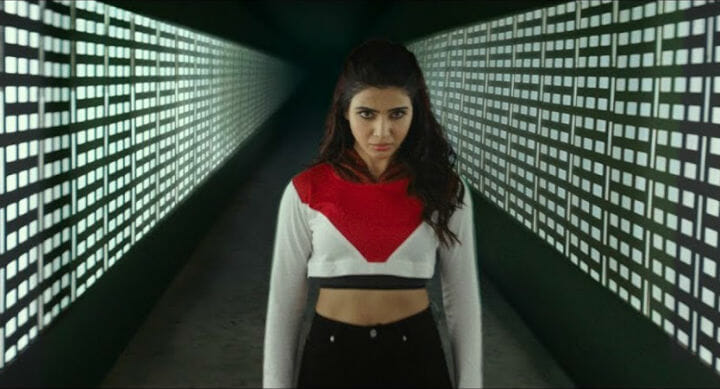 U-turn has Samantha playing a journalist investigating deaths happening in Velachery flyover and finds a supernatural connection to the deaths and unravels the mystery. The movie also stars Rahul Ravindran as Samantha’s boyfriend. Aadhi Pinisetty as a cop, and Bhumika Chawla and Narain as a couple who play a vital role.

The promotional song which is used as a tool recently has crossed more than 5 Million Views and is still ringing bells among the audience. Samantha’s hot dance moves and Anirudh’s electrifying voice has added the spice to the song. The movie has already grabbed enough eyeballs with various promos and TV spots.

Even though the movie releases along with Siva Karthikeyan’s ‘Seema Raja’, the movie has got a decent number of screens and theater owners to predict a decent opening. With the good word of mouth, the movie might even enter the profit zone in a short span of time.

Actress Pia Bajpai is about to Shave Her Head