Lately, there has been a rise of sly individuals who surreptitiously use the cinema as a platform to further their warped agenda. In a long time, this is the first time Tamil cinema witnesses two such films in a month. If this trend continues, it might cause a greater harm to the Tamil entertainment industry. Yennanga Sir Unga Sattam, the trailer of the flick gave away a clear picture of what the film is going to talk about. It has more in stores than what it promised. The flick is made of two extended short films but the actors of both the shorts are the same. So, how far does the deviousness of the intellectual dishonesty go? To know that let us get in to the movie review. 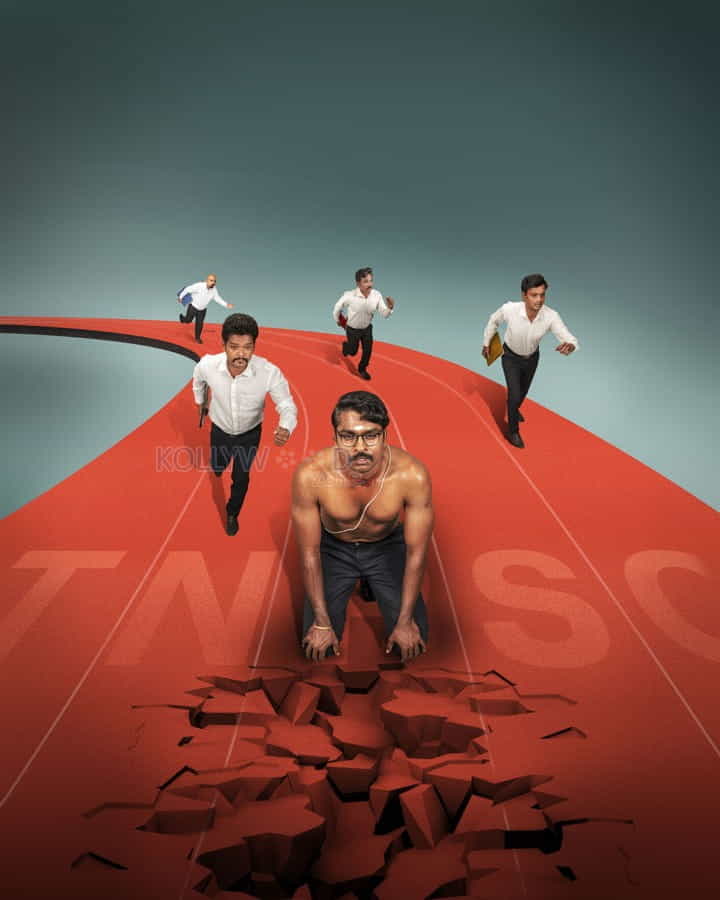 The first short tells us the story of JP (R. S. Karthiik). JP is a jobless lazy young man who wants to make a living without breaking a sweat. His father is a blatant casteist. Though JP is jobless, it does not stop him from having, not just a single relationship but multiple. And how does he make the women fall in love with him? By the regular way how most of the Tamil cinema heroes do; by stalking. What reasons do these women see in JP that makes them fall in love with him, one does not know. Perhaps, director Prabhu Jeyaram seem to say love is blind. We are shown a couple of conversations with each woman he is in love with. We are expected to perceive a relationship with just a couple of scenes. Will JP finally find a woman to settle with, is what makes the rest of the first short.

The second short narrates the lives of two young man Jeyaram (Vikas) and Naren (Vijayan). Jeyaram is from an upper caste while Naren hails from an underprivileged caste. We are presented with two interview situations at two different zones. One is aiming to get the assistant commissioner of labor post and the other seeks to be a priest. But reservation and influence act as an hinderance.

Director Prabhu Jeyaram walks in the path of director Mohan G Kshatriyan of Rudra Thandavam. The only difference between them is, the former has mastered the sinister art of packing his twisted political agendas in a solid story that actually discuss about a real social issue prevalent in the society, but Prabhu Jeyaram has not. Yennanga Sir Unga Sattam do not have a story or a real purpose other than pushing in its political agenda in the pretense of being a neutral.

It is difficult to wrap our mind around what storyteller Prabhu Jeyaram tries to achieve with his first short. A lazy man has conversation with few girls and calls it love. The film just moves with random chats and ends abruptly. Even in a pointless romance drama there is the religious paint and politicizing. One of his love interests talk about how she hates Maoism, and other two women from the Christian and Muslim community torcher him with questions.

If this is the case with first, the second gets to the lowest level possible. It takes on the reservation system in place, and gives us a commentary on Indian constitution. For film maker Prabhu Jeyaram people from the upper caste are poor and needy while the population from the underprivileged caste are wealthy and lead a life of comfort and luxury. In a sense he is better at creating his own fantasy world to which he wants to lure us in to and present us a make-believe theory. Unfortuntely, he could not do it convincingly as he lacks the necessary film making skillset as well as the writing prowess to sell it.

What is more dishonest about Yennanga Sir Unga Sattam is, everything presented in the drama has a political stand in them yet it wants us to accept it is in the unbiassed scale. Director Prabhu Jeyaram tries to achieve this by throwing bad shade on few brahmins while portraying the rest of the sect as innocent and poor. The film name is the height of its guile. What do you make of when you hear the name Yennanga Sir Unga Sattam? It gives us a sight of a film that would talk about the ordinary people who has to fight the system for everything to make a living. But what transpires on screen is just the opposite of it.

Actor R. S. Karthiik struggles with his performance. Actress Ayraa has a very short screen time to make any impact. Actress Soundarya Nanda Kumar suffers the same fate as Ayraa. Actors Vikas and Vijayan are adequate. Actress Rohini as usual make an impression with her performance. Veteran actor Junior Balaiya make his presence felt in an underwritten role. Actor Bagavathi Perumal draws out attention with his performance as usual. The rest of the cast has delivered what was asked of them.

On the technical front, music director Guna Balasubramanian’s songs do not inspire us. His background score does not add any value to the drama either. Cinematographer Arun Krishna Radhakrishnan’s frames are middling. Editor Prakash Karunanithi’s scissors are blunt.