Kollywood heartthrob actor Suriya’s brother Karthi’s most anticipated movie Thozha has released today and this is his first direct movie in Telugu. The movie features Karthi, Nagarjuna Akkineni and Tamannah in predominant roles. Actors like Prakash Raj, Vivek and Jayasudha have done supporting roles and Vamsi has shaped the project. Also watch out for late actress Kalpana’s stellar performance. 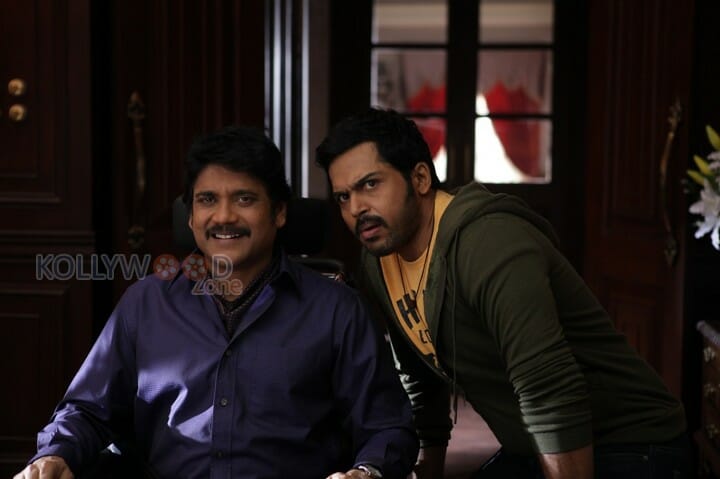 Anushka Shetty, Gabriella Demetriades, Shriya Saran and Adivi Sesh have done cameo appearances too. The movie has more comedy and is also good with emotional values. Karthi who is from slum is just a failure. He never has any goods on his pocket. Nagarjuna as a quadriplegic has done wonders. There’s a reason why he has been chosen for that role. His experience is seen in every frame.

Nagarjuna deserves a big applause as this movie could be a classic and a feather on his crown. Tamannaah doesn’t have much to offer, but her glamour and seductive factor carries the movie forward. As we all would have watched the French movie ‘The Intouchables’, the movie is just about relationship between a millionaire and his care taker. However the movie speaks on various issues such as social indifference and how money alone can’t provide everything.

The director has used two different technicians for both the languages and that is indeed a good thing. For Tamil version Raju Murugan has written the dialogue and for Telugu Abburi Ravi has taken the job. PS. Vinod has made cinematography in a simple and neat fashion. Aerial view shots of Europe is a treat to watch. The music has music composed by Gopi Sundar and songs are average. 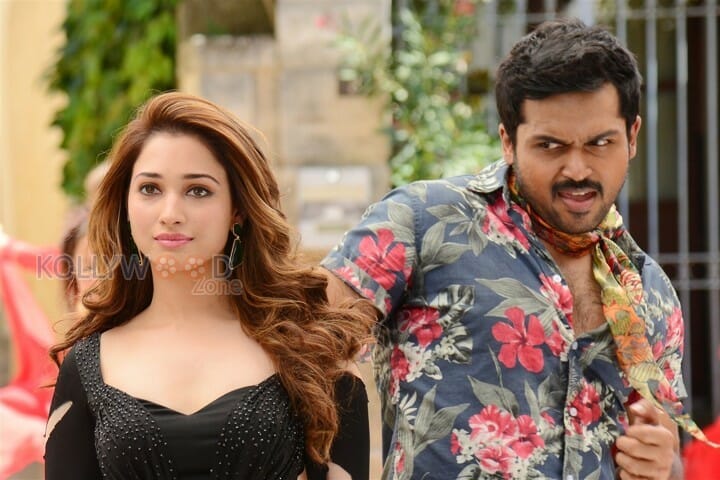 So the movie has its own good times as well as bad times. On the flip side, the length is definitely a big factor. 2 hours and 53 minutes tests everyone’s patience. Unwanted songs and placement of some melodramatic sequences could have been avoided. Those minor jiggles pause the flow of movie.

Overall, Thozha will melt your heart!