Sayyeshaa, a Bollywood import, had made her film debut with Telugu movie Akhil directed by VV Vinayak which became a huge disaster. Her next movie was her hindi debut Shivaay, costarring Ajay Devgn, which again was a flop. After almost a gap of 2 years she got back to back Tamil releases, as she starred in 3 Tamil movies in a gap of a month, and they were Junga – the comic entertainer costarring and produced by Makkal Selvan Vijay Sethupathi, Ghajinikanth, the comedy drama which was the remake of Telugu movie bhale bhale magadivoy costarring Arya and Kadaikutty Singam costarring Karthi. 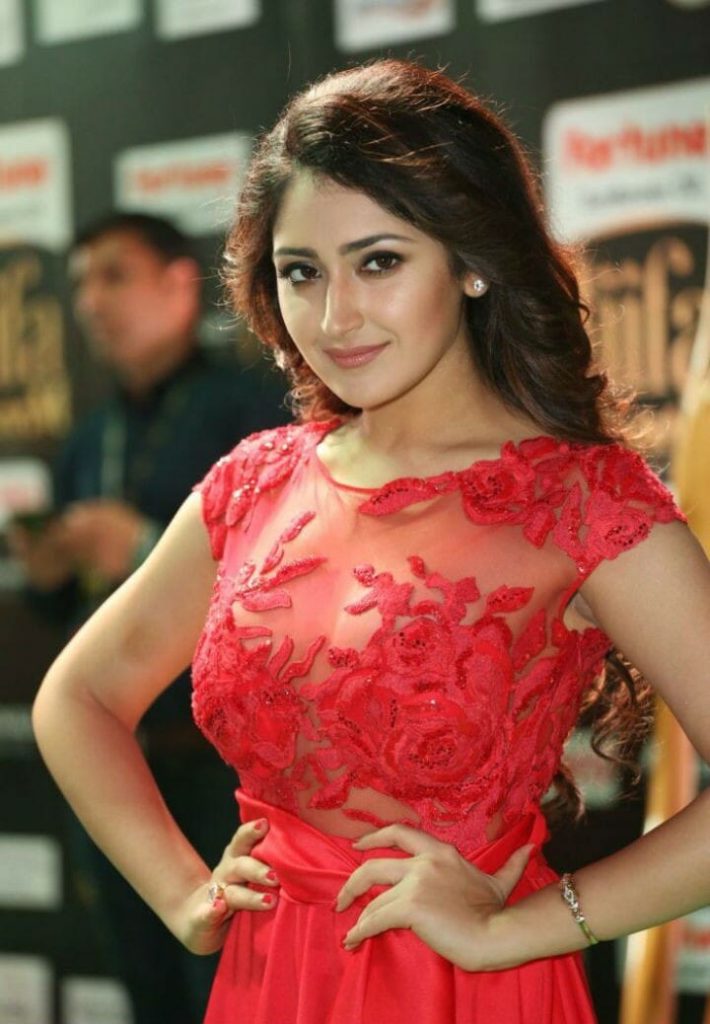 Of these none of them got her a good name , though she was appreciated for her dancing. Junga and Ghajinikanth were huge disasters making her branded as a luckless heroine. Now she has bagged a prestigious offer. Initially she was signed by Prabhu Deva for a movie named Karuppu Raja Vellai Raja costarring Karthi and Vishal but the movie was dropped.

Now as a producer, Prabhu Deva has roped in Sayyeshaa for his next, Kizhakku Africavil Raju, a project that will bring alive yesteryear legends MGR and jayalalitha and Sayyeshaa will have an important and glamorous role in this animated movie, and the sexy Sayyeshaa is feeling proud to star alongside animated versions of legends.