Not all actresses are blessed to have this. Keerthy Suresh is blessed to have more fan base with just one release. Her second release ‘Rajini Murugan’ is still facing lots of barricades. Keerthi Suresh is the daughter of Malayalee producer Suresh Kumar and Tamil actress Menaka.

Her elder sister Revathy Suresh works in Shah Rukh’s production house Red Chillies. Keerthy has already acted as a child actress. She also has a degree in fashion designing. Now apart from all these, the actress is so gorgeous. 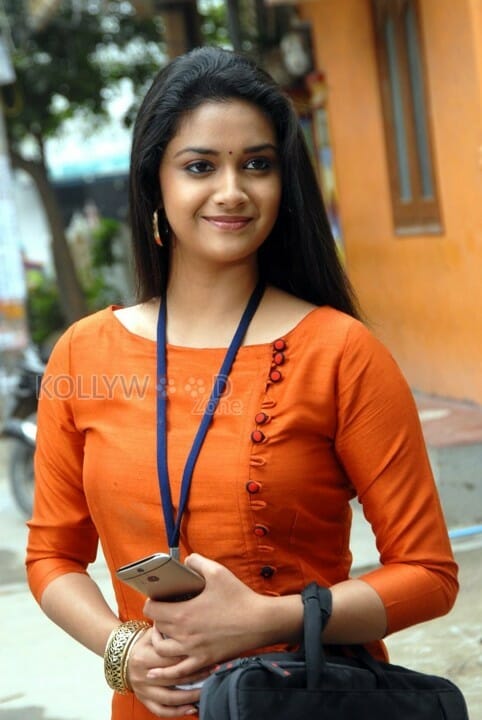 Recently a leading magazine took an online poll for the actress who will be perfect as ‘Celine’ in Tamil version of ‘Premam’. And guess what, Keerthi Suresh has bagged 88% of the polls.

She even dominated lead actresses like Lakshmi Menon, Shruti haasan and Sanchita Shetty. Irony is that, she has been voted high for role of ‘Malar Miss’ too. Such is the craze she has among Tamil fans. Beauty with Brains !