The best thing about a story of an “average” person is that it connects with the majority of the people. Koothatil Oruthan also takes a leap in that field and somehow succeeds to deliver a good tale of love and friendship.

Remember those wonderful memories in school, when you were allowed to wear informal dress on your birthday? Kootathil Oruthan begins with one such nostalgic memory. Only that it has been hilariously presented here.

Arvind (Ashok Selvan), the protagonist of Kootathil Oruthan, is an average boy. He is the second of three children, the middle one, where both his elder sister and younger brother are intelligent and bright. His dad (Marimuthu) is a schoolteacher who pays all attention towards them. Even in school, he is the middle–bencher and crammed between studious frontbenchers and spoilt brat backbenchers and his presence is hardly registered by both the teachers and his fellow students. But Arvind is no doubt an exceptional guy. 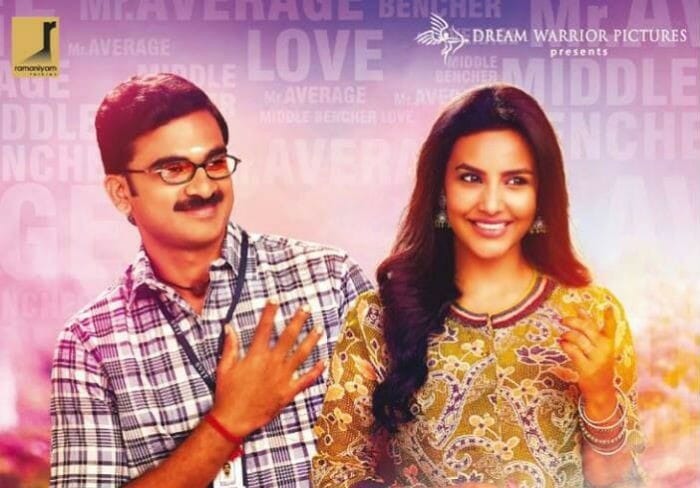 We get to see how Arvind’s life takes a pleasant turn, when he gets praised by Janani (Priya Anand). Janani is everything that Arvind isn’t. She is a state-topper, with big dreams and ambitions. And as fate would have it, Arvind falls in love with her. The boy-meet-girl part is interestingly conceived with underlying meanings of appreciation and hope which ultimately resulted in love. Arvind has always been referred to as a “loser”, but here is this beautiful girl who finally calls him a “winner”. How can he resist himself from falling in love? And so begins the one-sided love story of Arvind and Janani. He even enrolls in the same journalism course to woo her. But when he expresses his interest to her, she declines pointing out that he isn’t an achiever. Can Arvind prove himself and make her love him?

After the rejection, a heartbroken Arvind tries to commit suicide, but he ends up saving a disabled boy, son of a local thug Sathya (Samudhrakani), who was about to drown in the sea. In a sense of gratitude, Sathya, who learned about Arvind’s predicament, wanted to help him. He creates fake situations and events, by which Arvind can prove his worth and become a hero overnight. Everything was going well, but as it can be predicted from a mile away, Arvind gets exposed due to some unfavorable turn of events.

The first half hour of the film is fresh, funny and has its hilarious moments. The film was extremely relatable. The film took a serious turn in the second half, as it travels in to a different direction, ending on a socially relevant message.

Ashok Selvan was a revelation and he encapsulated the character of a naïve mediocre guy by perfectly sporting average clothes, with a pair of old fashioned spectacles, and oiled hair. He became Arvuind with much dedication and determination. Priya Anand’s character is something similar to what she had portrayed earlier in Ethir Neechal. Nevertheless, the actress gave a solid performance through most part of the film. Samudharkani and Balasaravanan are in full form and they evoke laughter with their funny lines.