Kollywood is buzzing with wedding bells as two of its stars are all set to marry this October.

Naga Chaitanya, son of superstar Nagarjuna and Amala, got engaged to his fellow co-star Samantha Prabhu this January. Now it has been released that the couple has booked the weekend of October 6-9 for a grand destination wedding in Goa. The wedding will take place in two separate occasions, one following the Hindu tradition and the other following the Christian tradition. 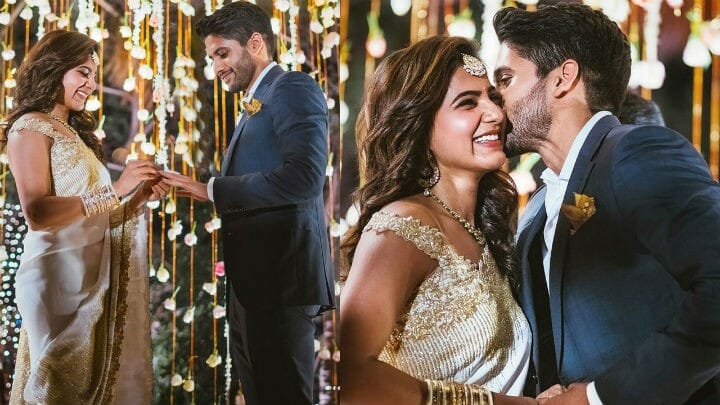 The dresses made for Samantha have been creating the biggest noise in the film industry. Celebrity designer Kresha Bajaj has been bestowed with the honor of designing three main dresses for the bride. It comprises of a fairytale gown that she will wear for the Christian wedding. However the trousseau for the Hindu wedding is the one to look out for.

According to sources, Samantha will wear a South Indian woven sari that was once owned and adorned by Naga Chaitanya’s grandmother, the wife of legendary filmmaker D. Ramanaidu. This Samantha has said is her ode to Akkineni and Dagubatti families and she has expressed her utmost pleasure in being able to wear that sari.

It will indeed be a grand wedding in every sense of the word.