Trisha is one of the versatile actresses in Kollywood. The actress recently completed 50 movies. She is right now anticipating release of ‘Aranmanai 2‘. She also has ‘Nayaki‘ and ‘Kodi’ under her pipeline. Now she has officially joined the team Kodi for shooting. She was earlier on a vacation to United States of America. 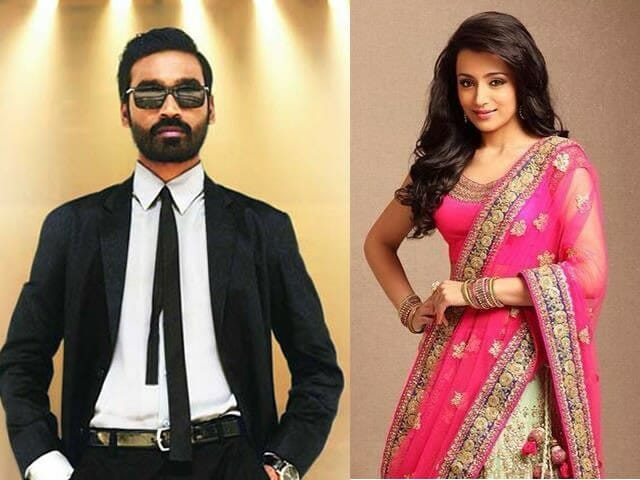 Dhanush’s ‘Kodi’ is an expected movie as it brings Dhanush in dual roles for the first time. ‘Ethir Neechal’, ‘Kaaki Sattai’ fame Durai Senthilkumar shapes the project. As we reported earlier, the first schedule begins at Pollachi. In this schedule, Actress Trisha participated. Trisha herself confirmed the news with a photo from the shooting spot.

Shoot with a view? Ready to roll with team KODI ? pic.twitter.com/gA3jgwvDQo

She tweeted, “Shoot with a view. Ready to roll with team KODI” The second female lead Shamili, S.A.Chandrasekar, Robo Shankar will join the team in next schedule which will start by February. After getting chance to score music for Rajini and Vijay, Santosh Narayanan will score music for Dhanush in this project. The movie is touted to be a Political thriller.