Though Actress Shraddha Srinath made her debut in Tamil film industry with a small role in director Mani Ratnam’s ‘Kaatru Veliydai’, she came famous after her lead role in the critically acclaimed cop-gangster flick ‘Vikram Vedha’, co-starring Madhavan and Vijay Sethupathi. She also acted in Tamil movies like ‘Ivan Thantiran’ with Gautam Karthik and ‘Richie’ with Nivin Pauly. 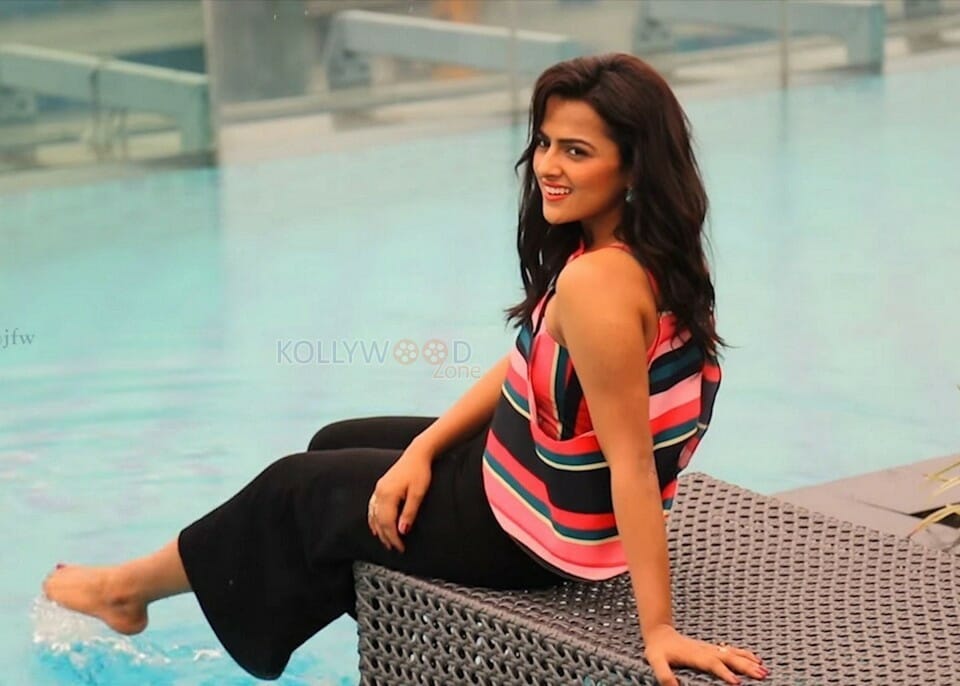 The young actress is on cloud nine, as he portraying the lead role in Thala Ajith’s upcoming film after his super hit ‘Viswasam’, which is the remake of 2016 Hindi blockbuster flick ‘Pink’, and the film’s shoot is currently taking place at Ramoji Film City in Hyderabad.

Meanwhile, the pretty actress is gearing up to make her Bollywood debut soon as well. Shraddha Srinath is portraying the lead role in the upcoming Bollywood film ‘Milan Talkies’, which is directed by Tigmanshu Dhulia of ‘Paan Singh Tomar’ and ‘Sahib Biwi Aur Gangster’ fame.

The trailer of the flick, which was released yesterday has garnered unanimous positive response. The film will be a romantic comedy and features actor Ali Fazal in the lead role. The film is now all set to be screened worldwide on 15th March 2019. Let’s see if the ‘AK 59’ girl can make her mark in Bollywood.

Vikram’s next flick to go on floors from the month...