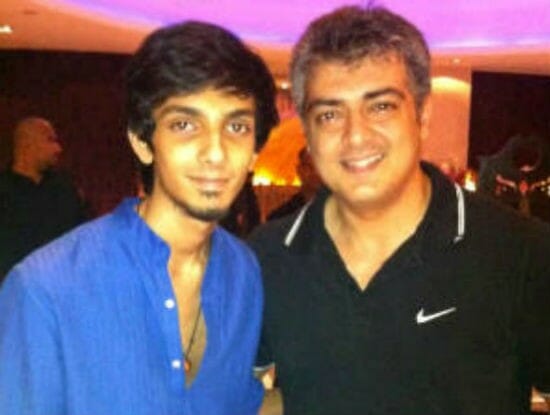 Ajith’s 57th movie shooting is going on at Bulgaria and Anirudh is getting consent for the tunes and is sending to Ajith and director Siva for the approval from them. He is sending his composition through online and is getting okay for his music.

The movie’s opening song was made ready by Anirudh and he has played the song to Ajith. Ajith has appreciated and has said that the song has come wonderfully. On hearing the appreciation, Anirudh has started to work with full energy and excitement. The movie’s actors photo was released in the websites recently and has stunned many.