In Tollywood industry Megastar Chiranjeevi has acted from 1970 to 2007 and later has jumped into politics. Chiranjeevi has said about his entry into film industry again mainly because of Rajinikanth and Amitabh Bachchan. He had seen Vijay’s Kaththi movie and Vinayak had approached him to act in the remake. Both the actors have compelled Chiranjeevi to act again. 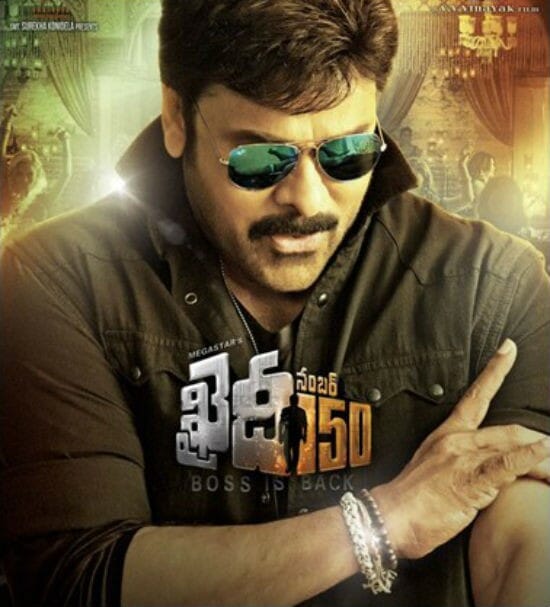 So he decided to remake Vijay’s Kaththi and Vijay has helped him to get Telugu rights. Rajinikanth has said that you have huge number of fans and same way select a good director and act in the movie titled as Khaidi No 150.

Even Chiranjeevi’s wife is happy as he has decided to act again. Previously when Andhra was broken into two states, he didn’t ask about it. So many ladies have kept sarees, bangles and flowers. His wife and family members were shocked to see it. But now they are all are happy as Chiranjeevi is back again into the industry with new energy.

Ramya Pandian Rises Her Glamour Quotient In Her...