Home Kollywood Celebrity News Manjima Mohan on board for Vijay Sethupathi’s next!

Gorgeous Malayalam actress Manjima Mohan stole the hearts of Tamil Nadu youths with her role as Leela in the Gautham Vasudev Menon directorial Achcham Yenbadhu Madamaiyada where she played the love interest of Simbu. The actress who was last seen on screens in the action crime drama Devarattam which had actor Gautham Karthik in the lead role is currently gearing up for the release of her Kannada flick Zam Zam, an official remake of super hit Bollywood film Queen directed by Ramesh Aravind. Now, we have an interesting update on the actor’s next project. 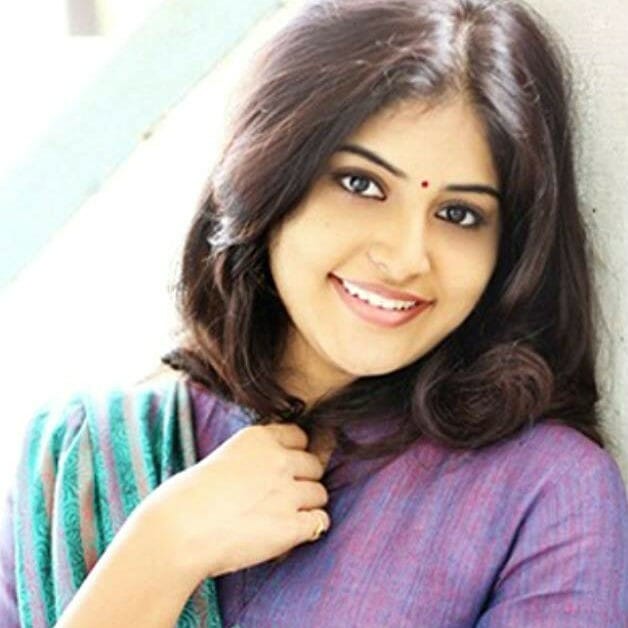 We had recently reported that actor Vijay Sethupathi’s next project with Delhi Prasad Deenadayalan titled as Tughlaq Durbar went on floors and that actors Aditi Rao Hydari and director Radhakrishnan Parthiban has been roped in to play significant roles in the entertainer. Now we have a beautiful addition to the cast of the political entertainer. Malayalam Actress Manjima Mohan has been brought on board for the movie to portray an important role. The production unit has announced the news on their social media account by sharing a warm welcome poster for the actress which reads, ‘Welcome Manjima Mohan onboard. We are excited to have you.’ Already the title of the project and the reunion of Vijay Sethupathi and Parthiban combo after their mega success in Naanum Rowdy Thaan has created a huge expectation on the flick. Now having two actresses on board has made things further interesting.

Tughlaq Durbar is said to be a political drama with elements of fantasy which will keep the audience hooked. The drama is scripted and directed by debutant story teller Delhi Prasad Deenadayalan. The music for the drama will be composed by music director Govind Vasantha of 96 fame. The dialogues for the flick are penned by Balaji Tharaneetharan who had previously written the dialogues of Vijay Sethupathi’s Seethakathi. The cinematography department of the flick has been handed over to Prem Kumar. The motion picture is funded by Lalit Kumar under the banner Seven Screen Studio partnering with Viacom Studios. The entertainer is slated to hit the screens as a 2020 summer release.

On the work front, the actress who is gearing up for the release of her Kannada movie Zam Zam is busy shooting for her next film Vattam under the directorial of Kamalakannan in which she will be sharing the screen space with actors Sibi Sathyaraj, Andrea Jeremiah, and Athulya Ravi and also for Kalathil Sandhippom which is directed by N. Rajasekar which has Jiiva and Arulnithi in the lead roles. Beside these flicks the actress also has FIR in her kitty.

On the other hand, actor Vijay Sethupathi is gearing up for the release of his next action entertainer Sanga Thamizhan directed by Vijay Chandar in which he has romanced Raashi Khanna and Nivetha Pethuraj. Besides this the actor’s next social drama Laabam directed by S. P. Jananathan is in the post production stage. Apart from these ventures, the actor has Kadaisi Vivasayi, Maamanithan, Uppena, Idam Porul Yaeval and many more projects in his pipeline sufficient enough to keep him busy till 2020.

Shruti Haasan Opens Up on Being Trolled for...

Vikram’s next flick to go on floors from...