After delivering back to back disasters like Yaman, Saithan, and Annadurai, music director turned hero Vijay Antony is back on screen in a cop avatar with Thimiru Pudichavan, directed by Ganesha who had previously made a dud named Nambiar.

Vijay Antony is an honest cop who kills his own younger brother for the crimes he committed. Later he realizes that there are many other younger teens who are in juvenile crimes. He finds there’s a mastermind behind it and how he uproots them forms the rest of the story. 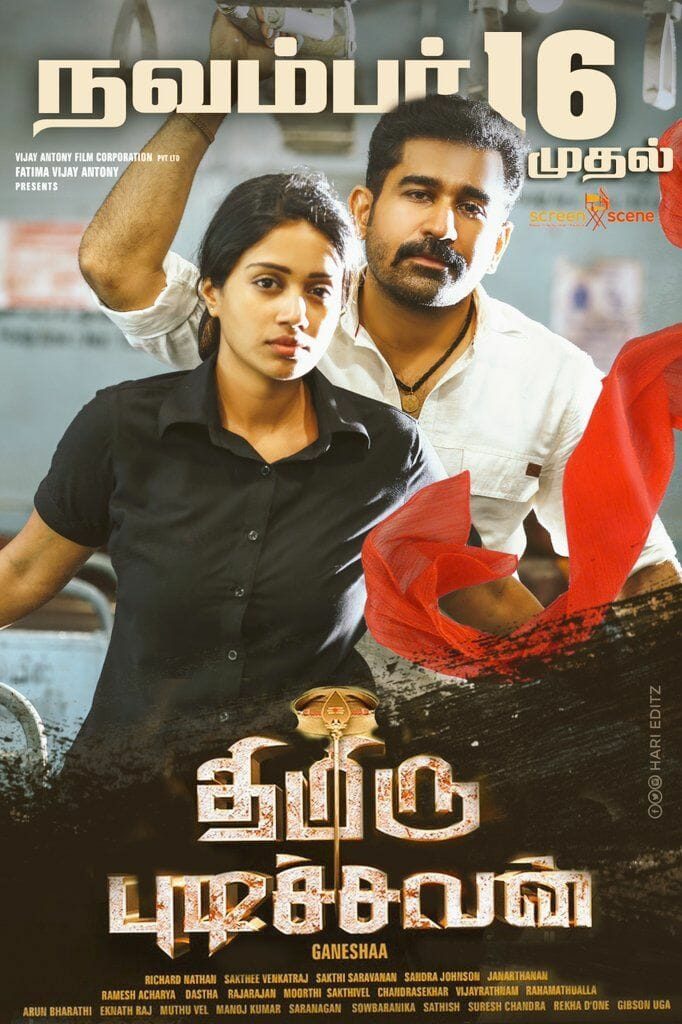 Vijay Antony as a dutiful cop who enters action mode is impacting, and though his shortcomings in romance and dance continue here too, he’s good when it comes to action. Nivetha Pethuraj as Madonna, a cop, is attractive and delivers a neat act portraying emotions. Daniel is menacing, while Lakshmi Ramakrishnan is adequate. The rest of the cast doesn’t get much scope to perform.

Background score by Vijay Antony is terrific, and of his songs, Naga-Naga, Thimiru Pudichavan carries his trademark peppy tunes. Cinematography by Richard M Nathan captures the cop life and the station setup and action episodes perfectly. Editing could have been better as there are drags in the first half.

Director Ganesha who had earlier delivered the literally unknown dud Nambiar is this time back with the proven formula of a cop entertainer with the backing of Vijay Antony who is in need of a hit. The first half of the movie moves at a leisurely pace establishing the characters, and towards interval gains some momentum, but the second half follows the usual cat and mouse format with cliched police episodes, and the drugs are way too many with misplaced songs, and lack of proper comedy. Though Vijay Antony and Nivetha Pethuraj try to rescue with their presence, the predictable screenplay and pace issues mar Thimiru Pudichavan high time, and ultimately the movie ends as an average entertainer filled with cliches and preachy dialogues.

Verdict: An average fare yet again from Vijay Antony.