Actor Arun Vijay who has been moving slowing up the ladder to reach the pinnacle in the Tamil film industry started this year on an impressive note. The actor opened this year with the success of his psychological crime thriller film Thadam, directed by Magizh Thirumeni. With the success of the film, the actor has now delivered back to back hits for the first time in his career in the forms of Kuttram 23, Mani Ratnam’s Chekka Chivantha Vaanam. 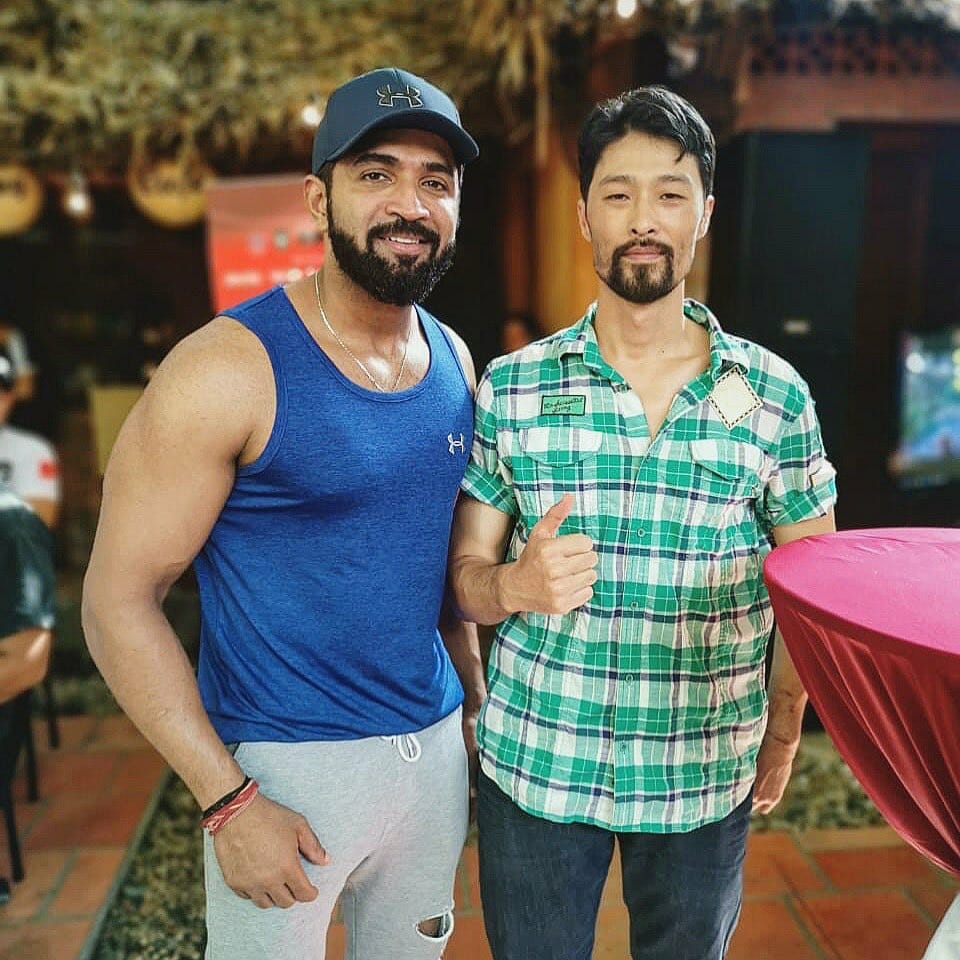 The actor is currently in Lien Phong training center in Vietnam busy with preparations for his role as a lead boxer for his next film titled Boxer. Actress Ritika Singh of Irudhi Suttru fame is set to romance the actor in the film. Publicized to be a strong patriotic sports drama the film will be directed by debutant Vivek, a former assistant of critically acclaimed film maker Bala. The actor has now uploaded a video of him training in the training center which has made many people go awe of his commitment in essaying a role.

Here's a glimpse of my training at Vietnam for #BOXER for you all!! ?#LienPhong #Vietnam #MMA #ShootStartsFromJune pic.twitter.com/sAZH76COS9

Taking to his social media account, the actor shared a video of him from the academy and he starts the video with, ‘Hi guys, here I am. Training for my film Boxer’ and ends with ‘for my fans love you.’ The shooting for the film is expected to go on floors from the end of June.

The actor confirmed the project last year on his birthday as a surprise package for his fans. Ever since he wrapped up the shoot of Agni Siragugal he has been under rigorous training to get trained in regular boxing under the supervision of the stunt maestro Peter Hein. After a training period of two months in Chennai, the actor flew to Lien phong Martial Arts Centre to undergo Mixed Martial Arts (MMA) training. It was reported that the actor will undergo training in Vietnam for a couple of weeks. But now it is said that there has been a change in plan and that there will be a week extension to his training.

Speaking about the project, the director stated, “The film will walk around the pressures that established boxers face. It is about how a boxer breaks through the barriers to get to the position where he wants to be,” concluded the director.

On the work front, the actor is gearing up for the release of his Telugu flick Saaho in which he has shared the screen space with Baahubali fame actor Prabhas. The actor will begin shooting for his next project Boxer once he returns from Vietnam. After which he will be joining the sets of film maker karthick Naren for their untitled flick in which he will be partnering with actor Prasanna.