Home Kollywood News Vadivelu’s Naai Sekar Returns To Be Out This Month!

Vadivelu’s Naai Sekar Returns To Be Out This Month!

Not long ago, leading superstars, film makers, and producers lined up to get the call sheet of superstar comedian Vaigai Puyal Vadivelu. Such was the bearing, and reception he enjoyed amidst the audience of Tamil cinema. Unfortunately, his tussle with director Shankar while shooting for the sequel of his superhit project Imsai Arasan 23 aam Pulikesi earned him a ban from the industry. It kept the actor from the industry for a long time. But still his popularity did not fade even a little. His reaction pictures and comedy clips have acted as the best meme materials for meme creators. The actor who was last seen in a character role in Vijay’s Mersal is now back with vengeance and has inked his signature for a five-film deal with the Lyca Productions banner House. 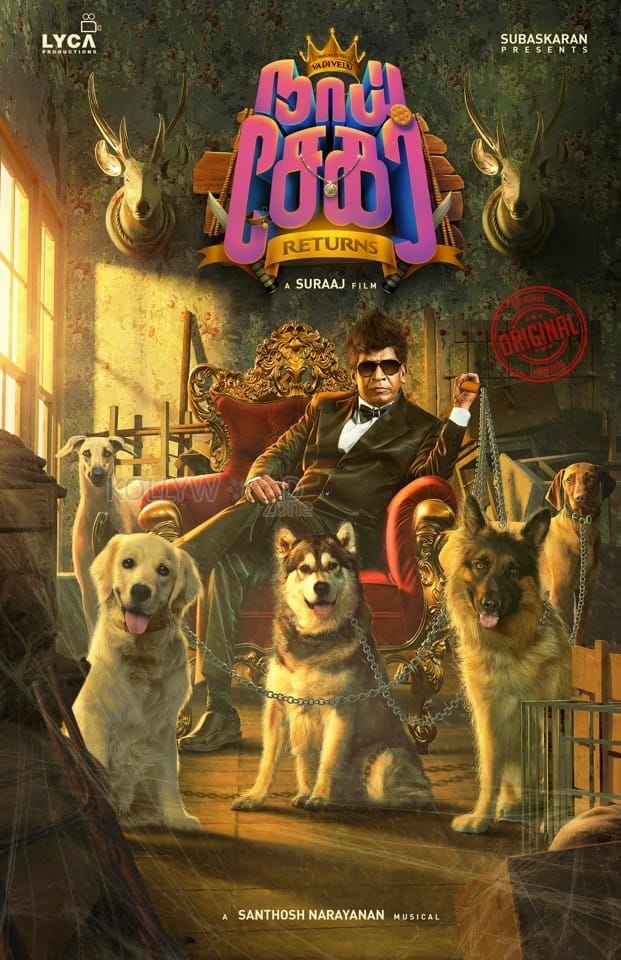 As part of the agreement, the first project will be the comedy drama Naai Sekar Returns. Director Suraj of Marudhamalai fame has directed the entertainer. The project which went on floors a while back with a small pooja ceremony, has now been wrapped and is in the post production stage. The post production works are happening in full swing. Now, we have news that the production house is planning to release the flick in the month of November this year. It is said that the unit has been working on blocking a date in the November month. An official announcement regarding the same will be made soon.

Master Prabhu Deva has choreographed the moves for a song in Naai Sekar Returns. Earlier director Suraj had shared the news on social media. Surprised by Vadivelu’s moves even after so many years of rest, director Suraj showered praises on him. Speaking about it to a leading media house, the storyteller stated, “We have a funny number in the movie that includes a few funny elements like the ones in Oorvasi and Petta Rap. So, I thought it would be good to bring master Prabhu Deva to choreograph the number. When we approached him, he agreed without hesitation. The number has come out well and Vadivelu has done some amazing moments in the song. I am overwhelmed at the fact that he still has the same energy level. I am sure the audience too will love it.”

Besides actor Vadivelu, the film has actress Sivaangi Krishnakumar of Cook With Comali fame as the daughter of the actor. The film has an ensemble cast that has actors Redin Kingsley, Shivani Narayanan, Anandaraj, Munishkanth, Rao Ramesh, RJ Vigneshkanth, Sanjana Singh, Lollu Sabha Seshu, T. M. Karthik, and Prashanth Rangaswamy essayed various other supporting roles. Music director Santhosh Narayanan has composed the music for the flick. Cinematographer S. Yuvan has been behind the lens for the drama. Editor Selva R. K has edited the venture. The flick is produced by Subaskaran Allirajah for his banner house Lyca Productions.

On the work front, actor Vadivelu who was last seen on screens in Mersal will soon begin to shoot for his next venture titled Maamannan under the direction of storyteller Mari Selvaraj in which he will be sharing the screen space with actors Fahadh Faasil and Keerthy Suresh, for the sequel of Chandramukhi helmed by film maker P. Vasu in which he will be playing the sidekick of actor Raghava Lawrence, and for an untitled project in which he will be seen alongside actor Vijay Sethupathi.