Prabhu Deva has never seized to surprise us. The ace dancer-cum-actor has shot the intro song to his new film, Gulebagavali, in a grand manner. Perhaps the grandest it could have been – in a garden of cars. Yes, you have read that right, a garden of cars! 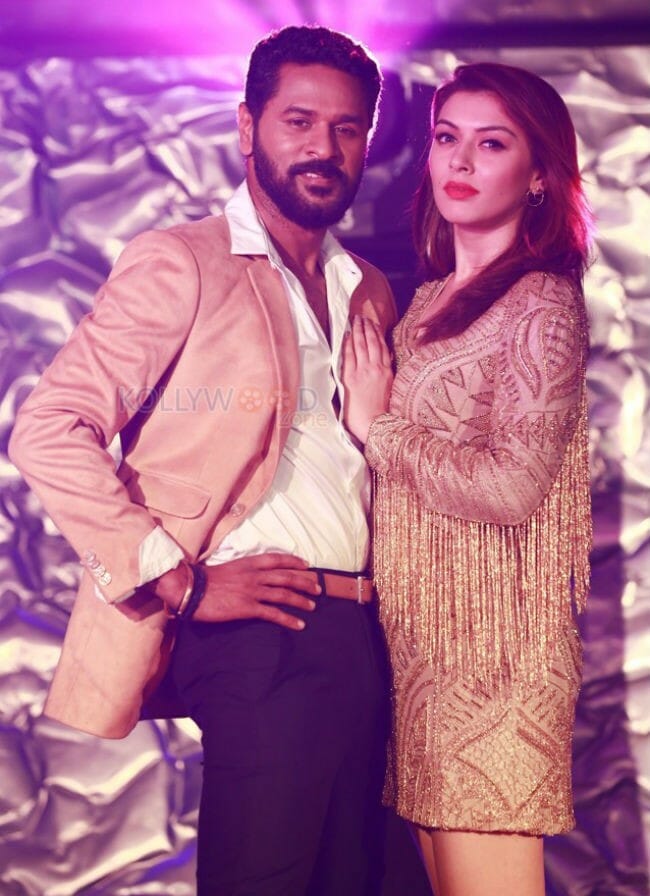 The film is directed by Kalyaan Krishnan and stars, Prabhu Deva along with Hansika in lead roles. A set that resembled a “hanging garden of cars” was erected for this song. It took four days to shoot the song. “The set was put up by art director Kathir, who has worked on films like the Singam franchise, Payanam and Pokkiri. We rented out a two-acre land near Sriperumpudur for the set and he constructed a set that had cars placed like they were hanging from the top. The set work alone took 25 days”, says the director.

Top Tollywood choreographer, Johnny, choreographed the song, as the maestro thought that Johnny would be able to do more justice to the song.

Prabhu Deva’s elder brother Raju Sundaram had made a cameo earlier in his intro song in Devi(L), this time around it is his younger brother, Nagendra Prasad, who will be making a cameo in this intro song for Gulebagavali.