Siva Karthikeyan worked with Director Ponram for ‘Varuthapadatha Vaalibar Sangam’ and ‘Rajini Murugan’. Both the movies were huge hits and now they have joined hands for ‘Seema Raja‘ and the shooting of this movie ended recently. Samantha pairs with Siva Karthikeyan for the first time in her career. Soori, Napolean, Simran, Manobala, Yogi Babu are part of the supporting cast. D.Imman has composed music. 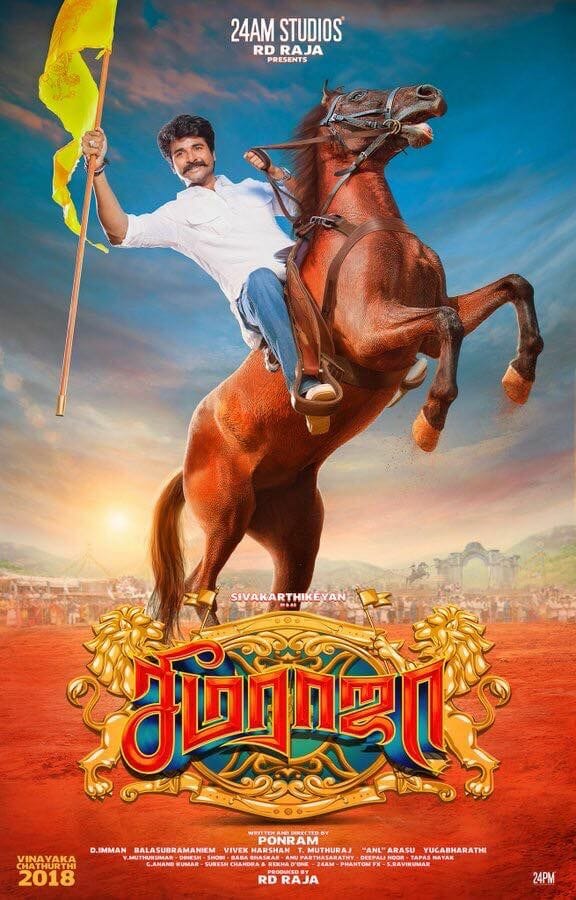 Now, the post-production works are going on and the makers have decided to release the movie by September 13th as Vinayagar Chaturthi treat. Dhanush recently revealed that his ‘Vada Chennai’ will also release on the same day. So, ‘Seema Raja’ team started to hunt for the theaters now itself.

Apart from these two movies, few more big releases are also expected on the same day. As Siva Karthikeyan market has expanded to new boundaries the makers are keen to use it. The Producers are already booking all major screens for ‘Seema Raja’. After September 13, the next big festival would be Diwali where again we would face a pile of releases.