Home Kollywood Celebrity News Vetrimaaran’s Viduthalai With Soori To Release On This Date?

Vetrimaaran’s Viduthalai With Soori To Release On This Date?

Auteur Vetrimaaran has reached great heights in Tamil cinema in a short period of time. He is one of very few directors who have a large fan following. His works have always enjoyed a great reception among the cinephiles in the state. The director had previously directed a short in the anthology drama Paava Kadhaigal. Now the director is gearing up for the release of his next directorial Viduthalai. The movie has actor Soori in the lead role. Actor Vijay Sethupathi has essayed a pivotal role in the entertainer. The project is based on a short story penned by popular writer B. Jeyamohan. This has further upped the expectations on the project. The shooting for Viduthalai was recently wrapped with its final schedule in Kodaikanal. The post production works of Viduthalai are happening in full swing. Now, we have an interesting development on the venture. 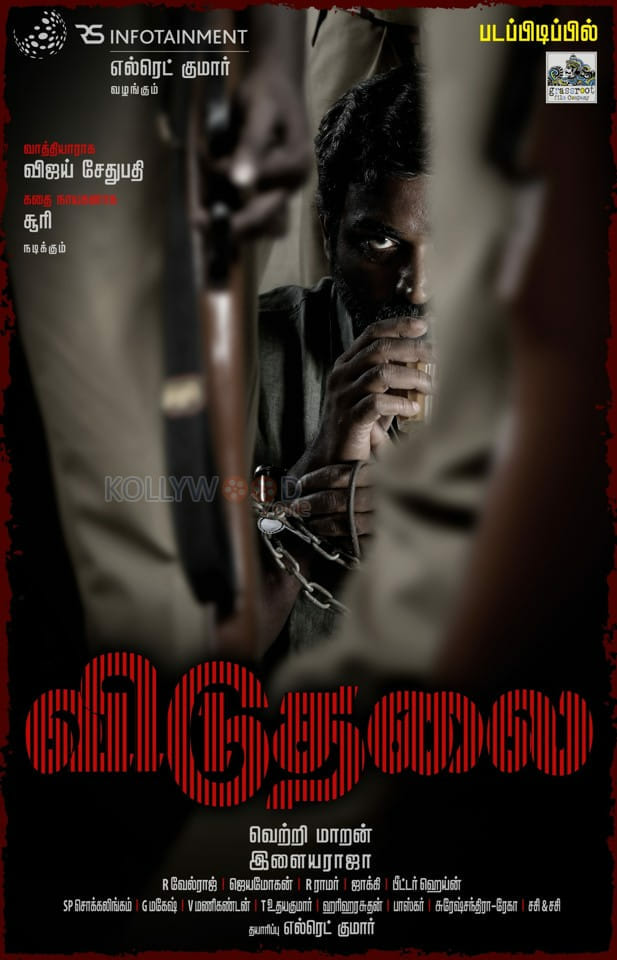 Earlier it was announced that Viduthalai will hit the theaters in two parts. Now, we have news that the production house is eyeing to release the flick either for Pongal next year on 14th of January or on 26th of January on republic day. An official announcement regarding the same is expected to be made in coming weeks. Ever since the project was announced with actor Soori in lead, the anticipation for the entertainer has been massive amidst the fans of director Vetrimaaran. If the reports are to be believed, the film releasing as a festive release will increase the probability of the entertainer’s commercial success. Vetrimaaran’s Visaranai received critical acclamations but unfortunately it did not reflect in the box office. Viduthalai seems to be in the lines of Visaranai, a festive release would do the movie a lot of good.

Actor Soori underwent a massive physical transformation for his part in Viduthalai. His evolution from starting out as a comedian to becoming a lead hero has received boundless support, and has inspired many. The actor will be playing the role of a police constable in the flick, while actor Vijay Sethupathi will depict the role of a teacher. Besides actors Soori and Vijay Sethupathi, Viduthalai has actors Gautham Vasudev Menon, Bhavani Sre, Prakash Raj, Rajiv Menon, and Chetan essaying various other supporting roles. Music director Ilaiyaraaja will be handling the musical instruments for the flick. Ace cinematographer R. Velraj has shouldered the camera for the drama. Editor N. B. Srikanth will be trimming the venture. The entertainer is produced by Elred Kumar for the production company RS Infotainment. Udhayanidhi Stalin of Red Giant Movies has purchased the theatrical rights of the movie.

On the work front, actor Soori who had his last outing in the comedy drama Prince will soon begin to shoot for his next untitled web series which is set to be helmed by Vikram Sugumaran. He will be playing the lead role in the series. On the other hand, actor Vijay Sethupathi who was last seen on screens in Tamil in Maamanithan is currently busy shooting for his upcoming Hindi film Jawan scripted by director Atlee in which he will be seen alongside actors Shah Rukh Khan and Nayanthara, for Mumbaikar scripted by story teller Santhosh Sivan, for Gandhi Talks helmed by Kishor Pandurang Belekar, and for Merry Christmas directed by Sriram Raghavan. Besides these dramas, the actor has his Tamil Telugu bilingual project titled Michael filmed by Ranjit Jeyakodi in which he will be seen alongside actor Sundeep Kishan in the post-production stage shaping up for release.

Harish Kalyan’s Diesel Is In The Final Leg OF Shoot!

Shruti Haasan Opens Up on Being Trolled for...