Under the directorial of Shankar presently Rajini is acting in ‘2.0’ movie which is produced by Lyca Productions and Rajini is acting with Amy Jackson and Akshay Kumar. Presently the shooting is going on at Chennai Poondamalli area and the music director is Rahman. The movie is Enthiran’s Part II and is taken as ‘2.0’. 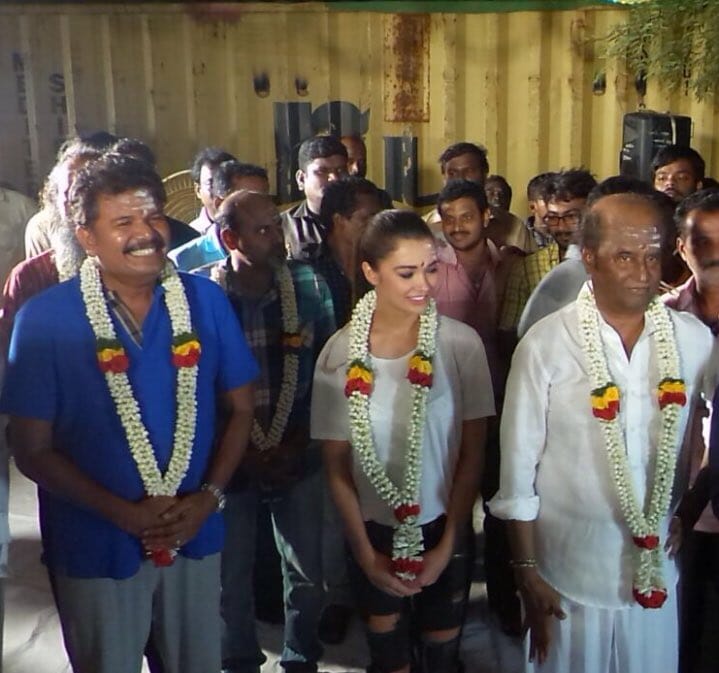 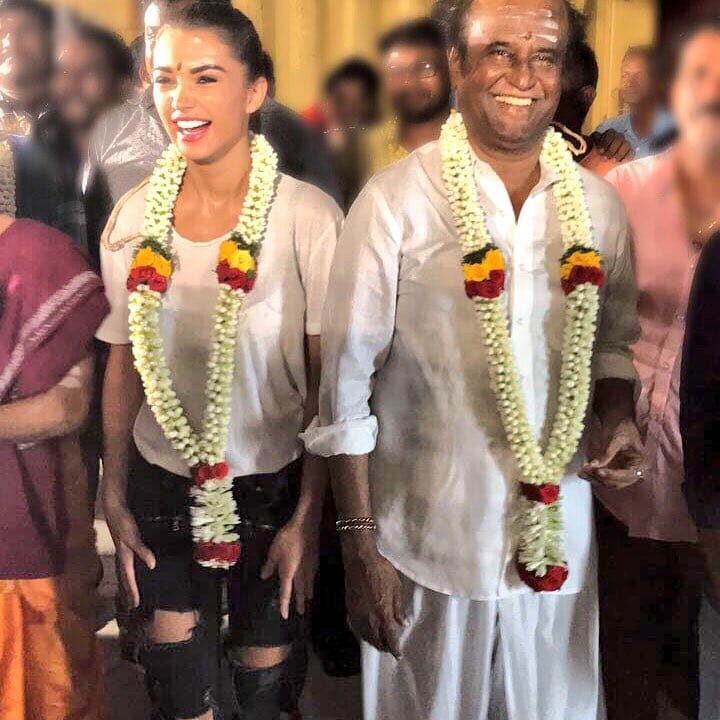 On account of Ayudha Pooja the team has celebrated the festival at the shoot spot where Rajini, Shankar, Amy Jackson have attended the pooja. The film producer has thanked the actor for attending the pooja.

A photo was released from the spot which had released after many months. Rajini is attending the shoot without any fail after taking complete rest. He has taken rest at abroad and has returned back to the shoot recently and is acting with utmost dedication. Keep watching for more details about the movie.