The multi faceted Chinmayi is one woman that took the Tamil film industry by storm during the #Metoo movement with her allegations against some bigwigs in the industry like Vairamuthu and Radha Ravi. Despite the backlash that the dubbing artist is facing she remains to be vocal about the issues related to sexual harassment. Though the singer is losing out work opportunities she does not seem to worry about the outcomes of her actions and is strongly traveling on the unwavering path that she has chosen to expose sexual predators in the film industry. 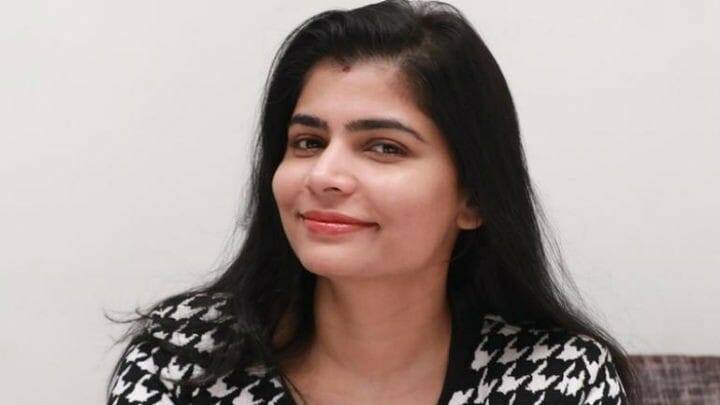 Ever since the rapid growth of online world celebrities have had some tough times as the online space is barely ever kind to celebrities. From abusive trolls to unsolicited pictures of private parts at the DMs many women in the online space have seen it all. Some creeps who do not have a limit to their creepiness go ahead to the level of asking for nudes of the celebrities and women on social sites. When one such creep made his move against singer Chinmayi Sripada she turned the tables in a classic way on him and made him a laughing stock on online.

A twitter user had the audacity to ask the singer to send nudes of her and the singer in turn has obliged to his request by sending him nudes, which happens to be her favorite shades of nude lipsticks. Taking to her twitter account the actress shared the screenshots of her conversation with the man. The singer’s humorous tone to give a befitting reply to a harasser has won the hearts of her followers. Getting an unexpected reply, the man has now gone undercover deleting his display picture and changing his user name. 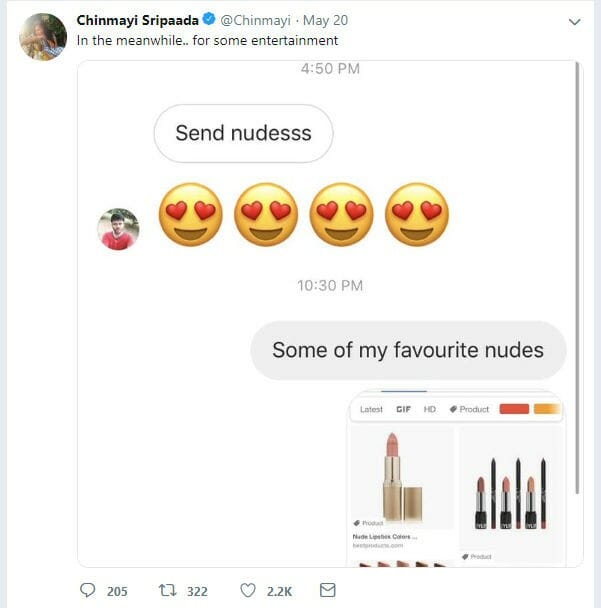 Trolling anybody, women or men, the menacing thing cannot be tolerated at any cost and it has to be put down with strict actions. Also, it is high time that social media users realize that the freedom that the digital space gives us should not be used in an inappropriate way that could perturb other’s life.