Most actresses have a strong hold among their fans. But it is often only after they star in an influential character that leaves an everlasting mark in people’s hearts, or at least after they essay a couple of lead roles in films. But then there are actresses who is yet to have a solid break but has hit the popularity index quite high. Either through social media or through their appearance in the small screen. Actress Yashika Aannand is one such actress who has become the heart throb of many at the moment. It would only be fair to say, the very name of the actress brings vigor among the youths in the state.

The actress has a habit of sharing streamy pictures from her photoshoots from time to time. Setting the social media on fire. But there was a ceiling to those attires. But this time around she has decided to let loose and has squashed that ceiling, and has gone bold. In the latest snaps that she has shared on her Instagram handle, the actress is seen in a pink clothing. But that is not the point, is it? Yeah, we hear you. In the picture, the actress looks damn sexy revealing ample portion of her cleavage. Apparently, the pictures are drool worthy and have turned viral. The fans of the actress have jumped in to her profile to express their appreciation to their star. They are keeping the likes rolling to show their enthusiasm. Here see for yourself. 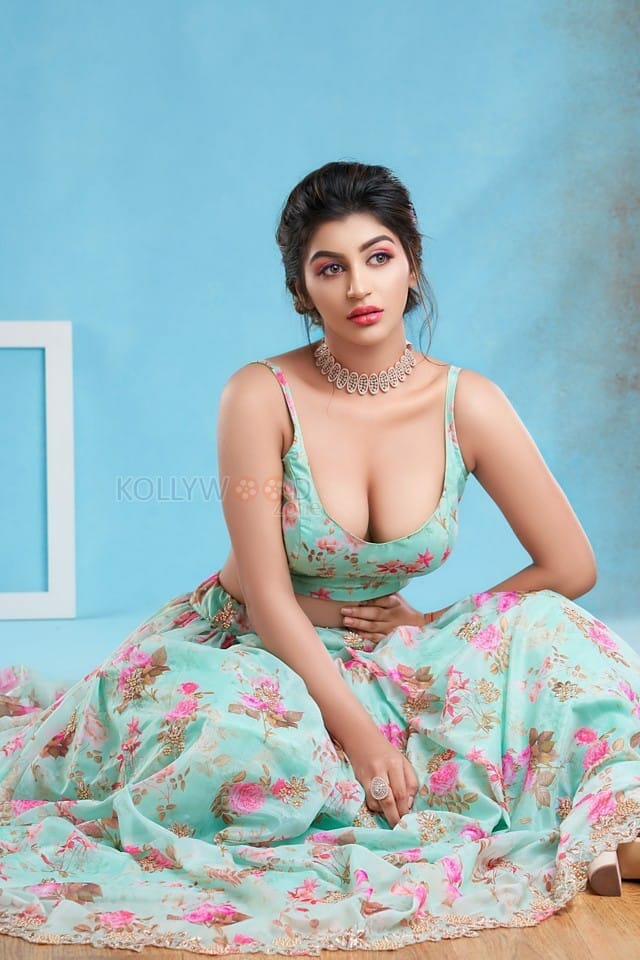 The actress has been having a rough couple of years ever since she met with an accident while driving home after a party. In the nightmarish accident the Iruttu Araiyil Murattu Kuththu actress lost her close friend, and herself was gravely injured. She had to spend months in hospital. And now the actress finally seems to have recuperated. Not just that she has got back her swag and has begun to appear on the small screen once again. Recently, she even did some interviews for popular YouTube channels in which she shared her experience of undergoing the most terrifying part of her life.

Yashika Aannand started her career at a very young age. Just when she was 14. She essayed a part in actor Santhanam’s flick Inimey Ippadithan. But unfortunately, her portions were cut from the movie. She then played a small part in Jeeva’s Kavalai Vendam. Followed it with trivial roles in a handful of dramas. The actress got her real break in director Santhosh P. Jayakumar’s adult comedy Iruttu Araiyil Murattu Kuththu. In which she bagged the second heroine role which saw her mouthing double entendre, immediately make her popular, and propelling her to the dream girl figure. That image earned her a place in the television show Big Boss where even helped in catapulting her image.

On the work front, the actress has several films lined up in her pipeline. She will be next seen in a cameo appearance in Arav’s Raja Bheema. Subsequently, in Ivan Than Uthaman, Kadamaiyai Sei, Pambattam, Bhageera, Sulphur, and Bestie.