Not often do we get a cop film in Tamil cinema that isn’t needlessly loud, and where the hero leaves the henchmen flying as if they were an air-filled volleyball. Taanakkaran wants to be a rarity. The film is a tale about a batch of newly recruited police trainees being subjected to maltreatment at the training institute and how they revolt to fight the abusive structure. Actor Vikram Prabhu who was last seen on screens in Pulikkuti Pandi is back on screens with his period police drama Taanakkaran. Actress Anjali Nair has essayed the female lead role. So, how has the flick come out? Is it solid enough to aid actor Vikram Prabhu to regain his image as a bankable lead hero in K-town? To know that let us get into the movie review. 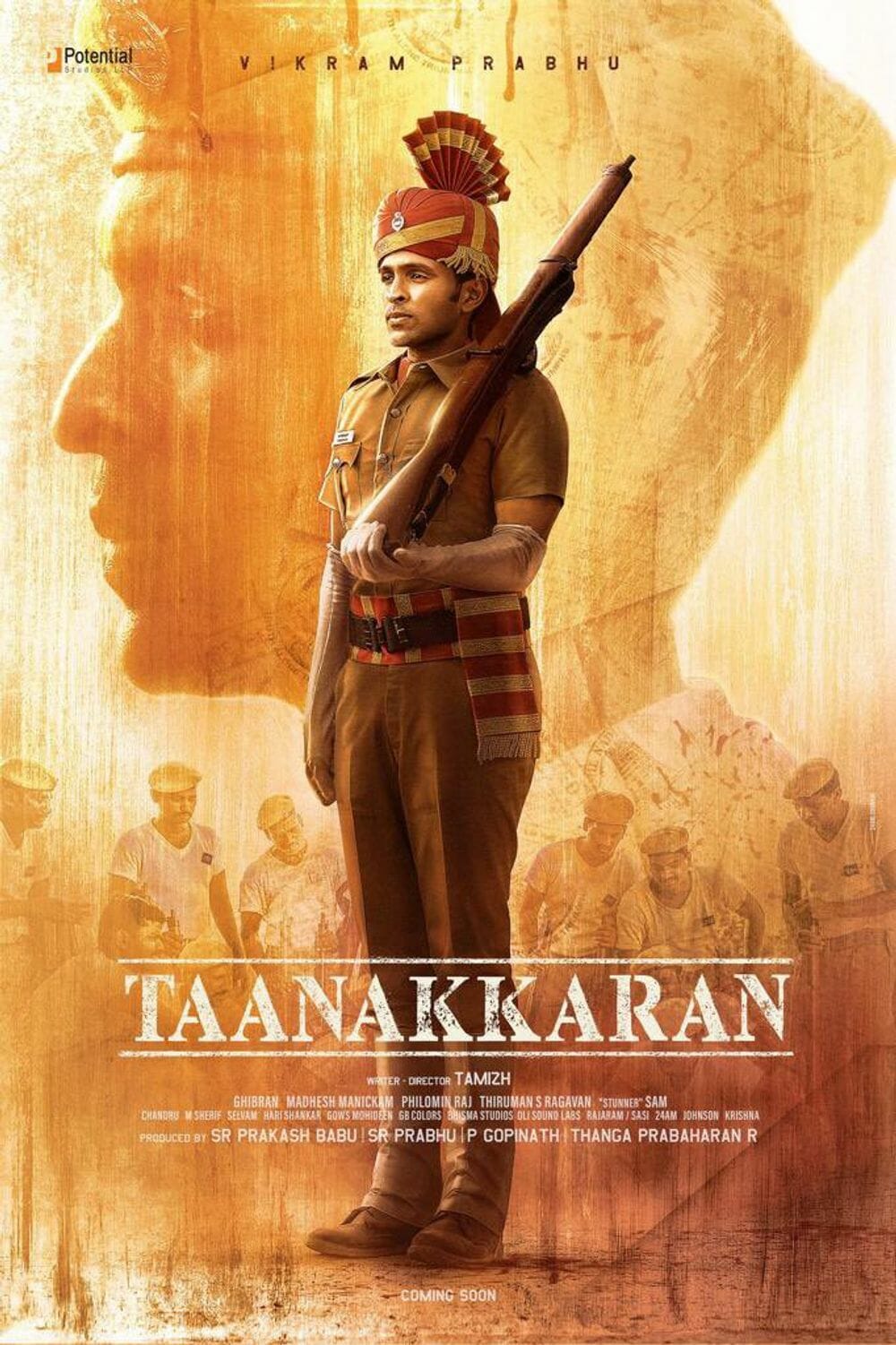 Taanakkaran follows the life of Arivazhagan aka Arivu (Vikram Prabhu), a young criminology graduate with a dream to become a policeman. The entertainer is set at the backdrop of 1999, where Arivu clears his interview, and is listed in the Tamil Nadu Police force. He is sent to the PRS (Police Recruit School) to undergo training. He comes to the institute with a lot of aspiration and hope. Inspector Muthu Pandi (Madhusudhan Rao), a callous and corrupt cop heads the admiration of PRS. The entire workforce of the camp fears him. His sidekick Easwara Moorthy (Lal), is a cold trainer with a clear track record of being triumphant throughout his training career. His harsh and extreme training methods have claimed the lives of many trainees. But to him his record is more imperative than human lives. Upon beginning his training, Arivu realizes that nothing in the camp is as he anticipated it to be. There are not even basic facilities for the apprentices.

He comes across older trainees in the camp who have been recruited back in the year 1982 but have not been placed because of political reasons. Due to constant mockery from their superiors, they have lost their confidence and have convinced themselves that they are unfit for the police job. Arivu forges a good relationship with them. He tries to motivate them, earning the wrath of Easwara Moorthy. He threatens Arivu that he would make life difficult for him and ensure that he does not clear the training. But fearless Arivu fights back and questions the unjust practices in the academy. When Easwara Moorthy feels his chain of command is challenged he deploys vigorous and cruel training drills on the batch. In order to break Arivu’s resolve he casts severe punishments on him. Will Arivu be able to survive the hard training drills, and the influence of his superiors and become a police officer, is what makes the rest of the flick.

Tamil film makers and mass heroes have a leaning towards cop dramas. Storytellers of K-town just love to make them, and heroes just love to roar in them. But director Tamizh’s Taanakkaran is not the regular cop film that we are used to in Tamil cinema. Film maker Tamizh aims to show the real, nasty, and less portrayed side of the police force. Have you ever wondered how policemen are capable of blind obedience to those in authority, and are ruthless in their approach? Taanakkaran has answers for the question. Generally, cop dramas begin with either the hero already in the designation or get the job hassle free after a brief training show. But director Tamizh seems to say huh uh that is not even close to how the training is done. He takes us to the training institute to give us a detailed picture of how the innocent trainees are trained in unforgiving conditions to drain out the last bit of empathy in them.

Director Tamizh takes his time to get us on to the police training grounds. He begins with a smooth flow preparing us for the gruesome events that the film enfolds. He backs his intent with his razor-sharp dialogues aiming at those that hold the power. The drama, for its most parts, stays within what it wants to explore. But, then how are you supposed to make a film without commercial elements in Tamil cinema, no? And so, we get the pointless love track, futilely penned melodrama, and the mandatory message in the end. Instead of focusing on these elements, storyteller Tamizh could have engrossed in writing the emotional turmoil of the individuals in the camp and captured the struggle and evolution of the characters for their survival in the corrupt system. That would have made Taanakkaran even more solid and served the intent of the drama quite well. But that opportunity is squandered.

Actor Vikram Prabhu is impressive as Arivu. He has got under the skin of his character and has brought it to life. Actress Anjali Nair does not have much to offer to the proceedings. Nonetheless, she has lived up to her part. Veteran actor Lal is fantastic as usual. He has delivered a menacing performance. Veteran actor M. S. Bhaskar is effective as always. Actor Livingston makes his presence felt even in a limited screen time. Actor Bose Venkat is functional. The rest of the cast has delivered what was asked of them.

On the technical front, musician Ghibran is not at his best. His songs do not make much impact. But he makes up for it with his splendid background score. Cinematographer Madhesh Manickam has covered the drama from possible best angles. Editor Philomin Raj complements the work of his colleague with his fine scissor work.

On the whole, actor Vikram Prabhu’s Taanakkaran is an unusual cop film of Tamil cinema that is worth a watch.

Taanakkaran is available for streaming on Disney + Hotstar OTT platform.

Vignesh Shivan Pens An Emotional Letter To His...