February 17 was the birthday of Sivakarthikeyan and he took to this auspicious day to reveal the title of his upcoming film. The film is titled ‘Seemaraja’ and the director of the film is Ponram who rose to fame because of films like ‘Varuthapadatha Valibar Sangam’. Not only this but to keep the viewers excited about this film, Sivakarthikeyan also released the first look poster. He tweeted a post in which there was the poster which showed Sivakarthikeyan and he is shown riding a ferocious horse. The actor is also seen holding a yellow colored flag in his hand in the poster. 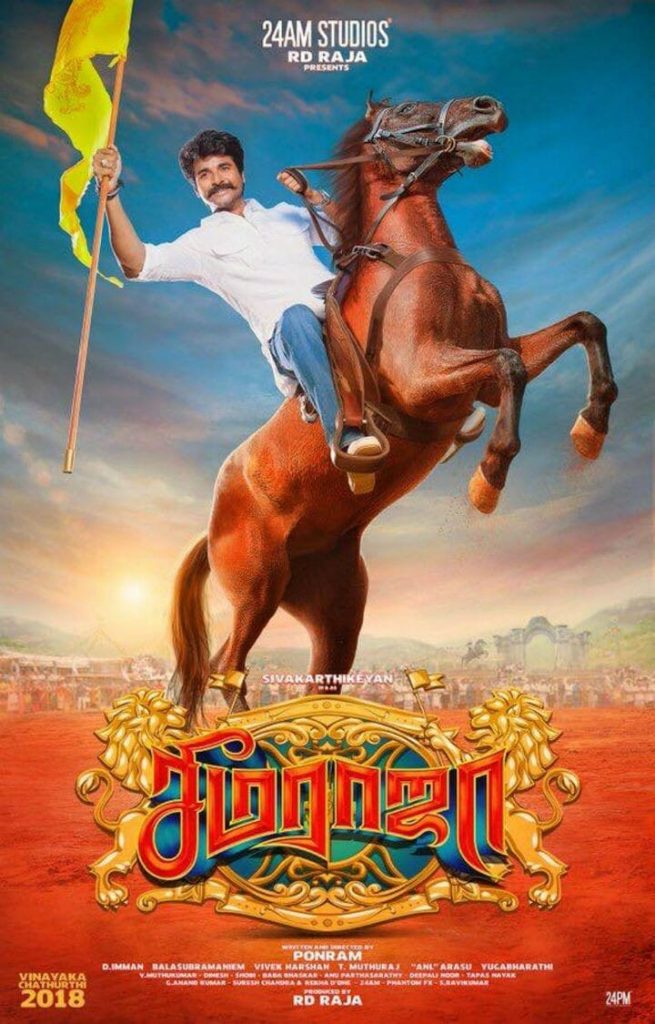 The actress who will be seen opposite Sivakarthikeyan and playing his romantic interest is none other than the famous actress Samantha Ruth Prabhu and apart from her there are several other promising actors in the film playing different roles. Some of the other actors include Simran, Napolean and Soori. This rural action entertainer will have Imman as its music director and Balasubramaniam will show his wonders with his camera. Sivakarthikeyan also has an upcoming science fiction film in hand and rumours are that Rakul Preet might be acting opposite him. Sivakarthikeyan also has another project in hand and the director of that project is Vignesh Shivn.