Kollywood industry’s senior actress Trisha is acting in Garjanai movie along with Vamsi Krishna, Vadivikarasi, Thavasi, Aryan, Lollusabha Swaminathan are acting in leading roles. Sundar Balu is directing the movie and the movie on behalf of Century International Company is produced by Jones. 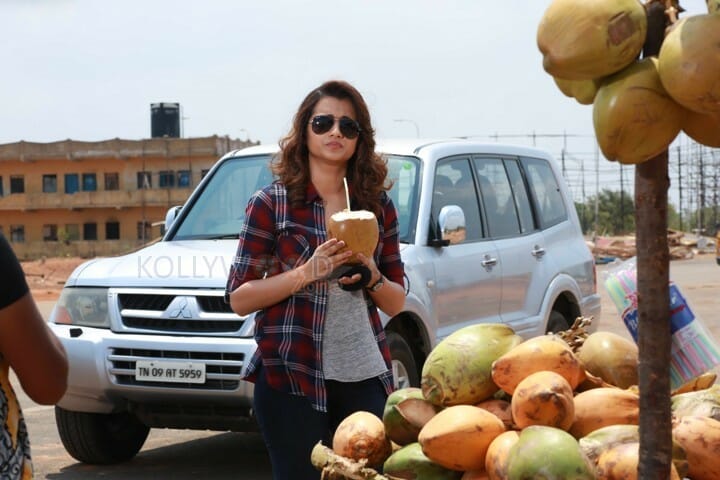 Sundar Balu had explained about the movie’s story where five friends jointly gives sexual harassment for girls and uploads the same in the social websites. The movie is an action thriller where Trisha had acted in different role.

Trisha had acted in action scenes without any dupe. It was stated that the shooting was shot at Karaikudi, Chennai and Kodaikanal. The music is composed by Amrish.