Finally, Tamil cinema’s first Zombie apocalypse movie ‘Miruthan’ gets its due recognition. So far we have seen lots of Zombies in Hollywood. Even Bollywood has crafted a zombie movie with Saif Ali Khan. The movie was none other than ‘Go Goa Gone’. 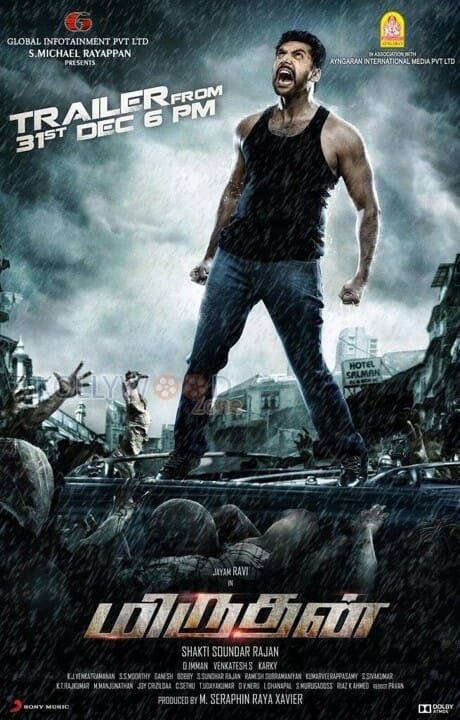 Jayam Ravi who is having a dream run in 2015 is planning to start 2016 with same momentum. ‘Miruthan’ is his next upcoming project and the movie has already grabbed attention with its first look.

Now the team released a trailer and it was a huge success. Even though trailer had shades of ‘The Walking Dead’ TV series, this is something new for Tamil cinema and the people are already loving it. This might be the true inspiration.

The trailer has already clocked more than 300,000+ views and this is the best ever response for a ‘Jayam’ Ravi movie. The team is planning to release the Audio soon and the makers are targeting a release by month of February.