Jyothika is basically from North India and she is acting up Kollywood industry. In the movie Mayavi she has dubbed in her own voice as the character suits her and so she has done the dubbing with half unknown Tamil. She had spoken in her own voice when she was a newcomer. 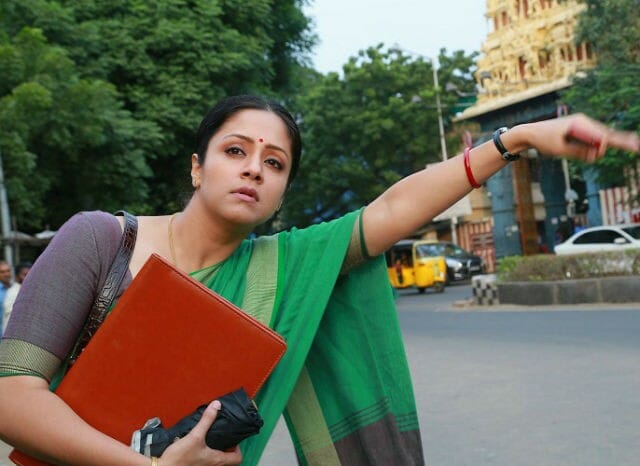 Currently after twelve years she has dubbed for the movie Magalir Mattum. The movie director Bramma has made her to dub in her own voice hoping that she will be awarded for her efforts.

After marrying Suriya their family members are speaking only in Tamil and so Jyothika has learnt to speak Tamil fluently. The movie is based on social problem and how she handles it is the story. Banupriya, Saranya Ponvannan and Oorvasi have acted in the movie. The movie is slated to hit screens on March 8th on account of Women’s day.