Arun Vijay’s career had a fillip after the actor portrayed the role of Victor in Gautham Menon’s Yennai Arindhaal starring Thala Ajith Kumar. The film was a blockbuster hit that made its way to the 100 crore club in a very short span of time. The role and style of Victor was a big hit among the audience that even some folks in the town had their hair cut and dressed themselves in the similar way of how Victor looked. 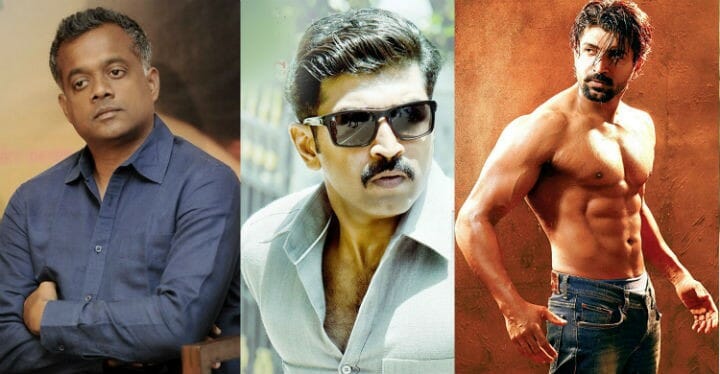 After the success of the film it was announce that the actor and director duo will be joining hands for a project. There were also speculations in the K town that it might be a sequel of Yennai Arindhaal, reciting the flashback of Victor. But it just went off with just being speculations and the actor went on to shoot for his next project Thadam, which hit the screens recently and was critically acclaimed by the audience as well as the critics. Now again they are set to revive the project very soon.

It is said that without any official announcement the project underwent shoot and they had completed a half of their first schedule shoot. But due to some reasons they chose to shelve the film. However, it is said to be completely a new venture and it has no connection with Yennai Arindhaal. This project was supposed to be Arun Vijay’s 25th film. Now the director who is busy with his post production works of many of his projects is said to revive the project once he is done with his post production works.

The actor is said to undergo massive physical transformation for the film. The actor, who had recently wrapped up shooting his portions in the Baahubali fame actor Prabha starrer Saaho, is currently getting in to shape to play the role of a lead boxer in his next film that has Irrudhi Suttru fame Ritika Singh as the female lead and the film will be directed by Karthik Naren. Apart from this the actor is also busy shooting for his venture Agni Siragugal under the directorial of Moodar Koodam director Naveen.

Director Gautham  Menon is gearing up for the release of Ennai Nokki Payum Thoota and is quite busy with the post production works of Dhruv Nachathiram starring Chiyan Vikram and also with his recently wrapped up web series Queen, the biopic of actress and former Chief Minister of Tamil Nadu honorable J. Jayalalitha. Actress Ramya Krishnan will be seen in the Chief Minister’s role.