Kollywood fans have to buckle up their seats for the movie ‘Gorilla’ which stars an actual chimpanzee. Yes, you have heard me right. The film has the actors Jiiva and Shalini Pandey in the lead roles. The shooting for this film started recently and a puja was conducted to mark its commencement with good omen. Shooting has already started and has taken its normal course now that the pooja is completed. Sources report that the cast and crew of the film are supposed to fly off to Thailand. The movie will have its shooting for a month over there. 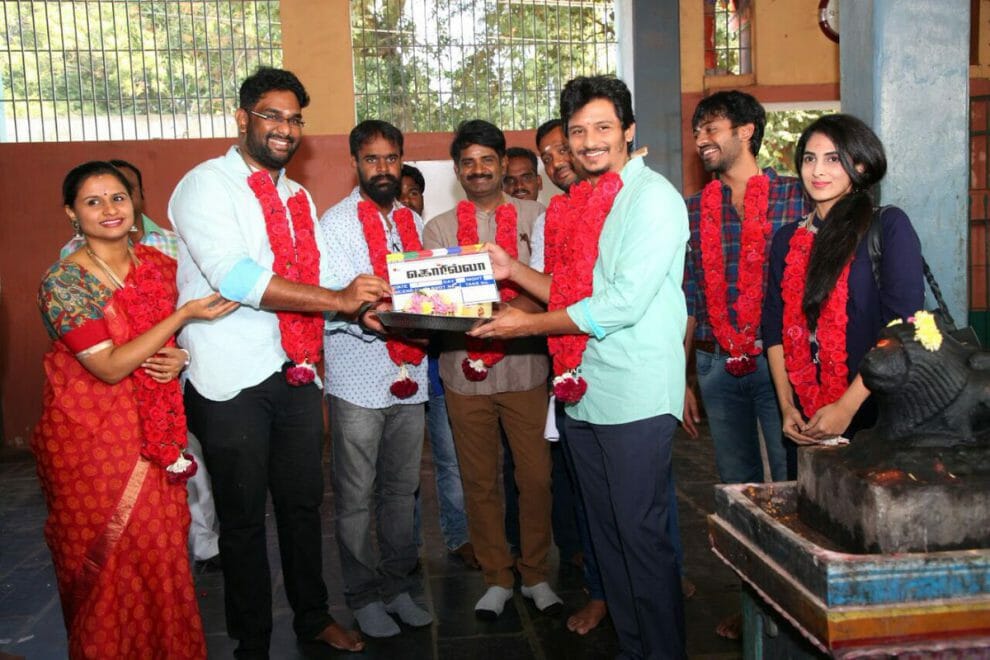 Jiiva is eagerly waiting for the release of some of his movies like Kee and Kalakalappu 2. This film which will be featuring a real chimpanzee is being directed by Don Sandy. The name of the chimpanzee in Kong (well, what a good name to start with) and he belongs to the infamous Samut Training Centre which is located in Thailand itself. For those who are not aware of it, Samut Training Centre is responsible for various trained animals starring in famous movies. Some of them include Planet of the Apes and Hangover 2 both of which are famous Hollywood movies. Sources reveal that the shooting for Gorilla must be over by April and the audience can expect a release date by this summer.

Trisha to be portrayed in the role of a private detective

Sanga Thamizhan Trailer: Vijay Sethupathi’s next promises to be a...