Right now in Kollywood industry, Santhanam is doing lead hero in the project ‘Dhilluku Dhuddu‘ and ‘Server Sundaram‘. Dhillukku Thuttu movie’s shoot has completed and right now Post-production work is going on. Santhanam has more expectations for this movie as Vallavanukku Pullum Aayudam and Inume Ippadithaan failed at Box-office. 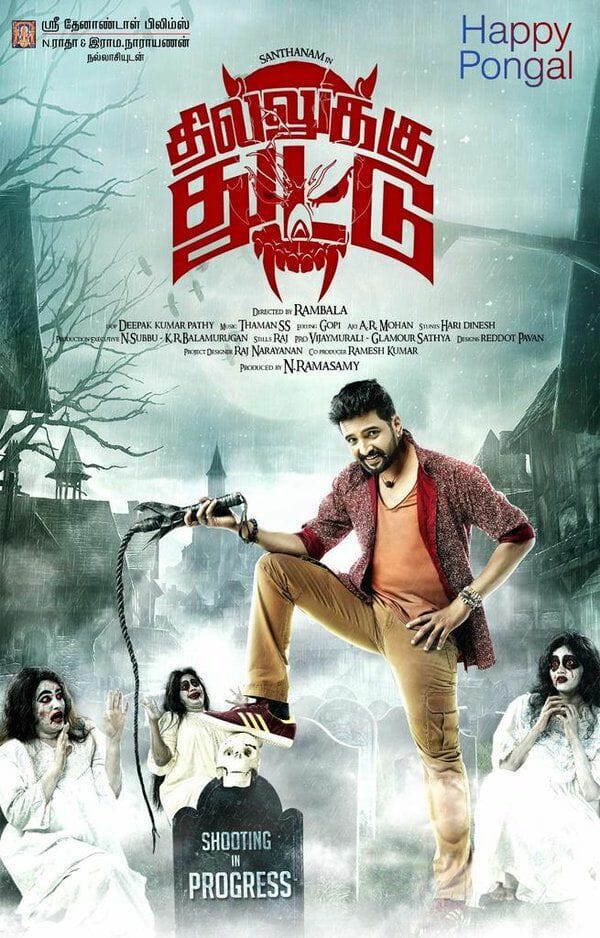 This movie is a horror comedy and Santhanam has acted excellently with lots of pain for this venture. Sources said that he took Vijay, Ajith and Surya as his guide and has acted in this venture. The last phase of shooting took place yesterday.

Sources further added that, Santhanam has done all the actions scenes without any dupe. His dance style has also improved a lot and most of the choreographers have appreciated by clapping hands on the sets itself. The teaser will be unveiled by this month end.