Actors Suriya and Jyothika were the talk of the town couple when there were rumors of their relationship going around in the industry. The couple officially announced their relationship in the year 2005. Then the couple got married in the year 2006 to become one of the most adorable couples in K town and was blessed with a daughter Diya and a son Dev. With so many achievements under their name the actors are already a proud factor for their kids. Now it is dev who has made his parents proud by winning his first ever accolade at the age of 9. 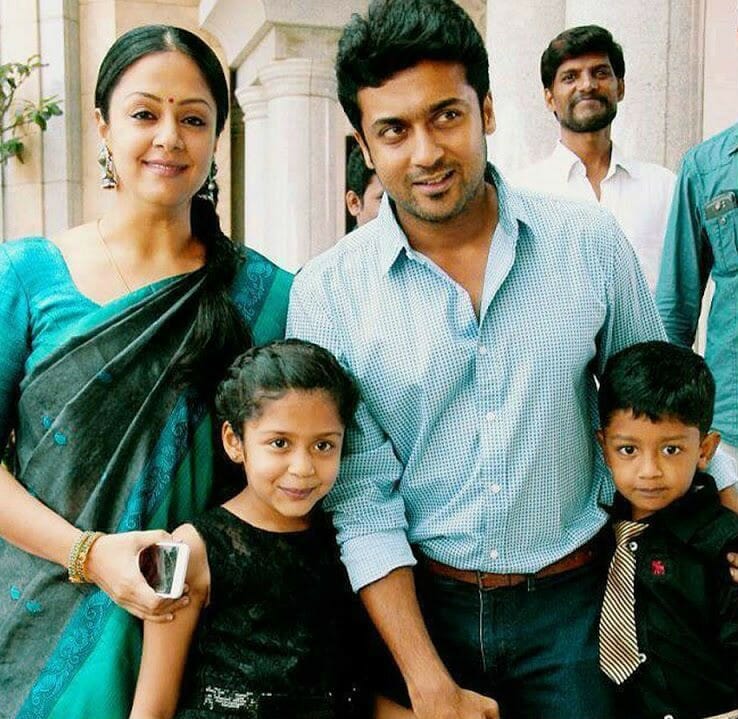 Being a star’s kid definitely encompasses a lot of advantages but it is only very few that capitalize on what their parents have built for themselves and their kids. We are here to read about one such heroic story accomplished by a son of stars. It is Dev son of actors Suriya and Jyothika who has made them proud by winning a National level championship Isshinryu which was held recently at the capital state New Delhi. Keeping aside all their busy schedules both the actors had accompanied their son Dev to the event. Seated at the stands of spectators the actors were cheering for their kid.

Nearly out of 40 participants that took part in the competition from Tamil Nadu, Dev outdid everybody to claim the right to his first every black belt. The actors were very proud indeed and were overjoyed by the triumph of their kid. The little hero who has achieved his first milestone in a completed different field from the one his parents belong has become the talk of the town as he has forged a new path for himself. Also, the stars who decided to put aside their busy schedule to be with their kid in his special moment of his life has been showered with praises for their parenthood. As it is to too early to tell now, we will have to wait to see whether the recently emerged hero travels in the path that he has chosen or derails track to journey in the field that his parents belong.

On the work front, the actor was busy shooting for his venture Soorarai Pottri under the directorial of Irruthi Suttru fame director Sudha Kongara is said to have put the shoot on hold and has traveled all the way to Delhi to be with his son. The actor has two much anticipated films of the year awaiting release, NGK which is directed by critically acclaimed director Selvaraghavan and Kaapaan which is directed by Ko fame director K. V. Aanand.

Meanwhile, actress Jyothika has wrapped her action comedy film with director Lakshman and is set to join the sets of Jeethu Joseph’s untitled mystery thriller flick, in which she will be sharing the screen space with her brother in law actor Karthi for the first time. Apart from this the actress has an untitled film which will be directed by debutant Fredrick.

Balaji Mohan bags his next project with Y...