Presently newcomers have organized and has made ‘Chennai 2 Singapore‘ movie, and on behalf of Comic Book India Company K. Anand and Sabeer are jointly producing the movie. The direction part was made by Abbas Akbar. 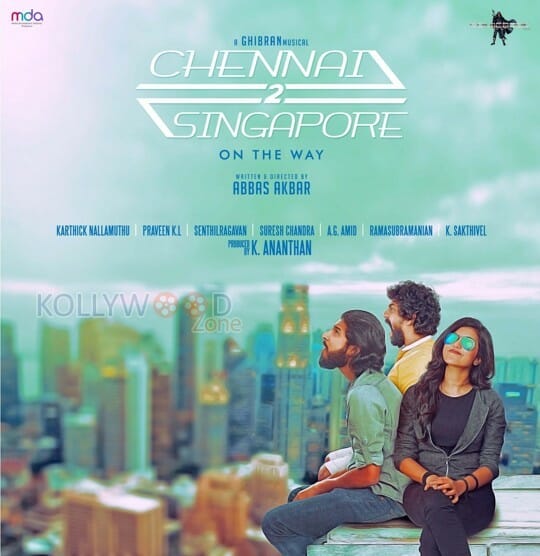 The movie features Gokul Anand, Anju Korean are doing the lead roles. Zipran has made the music and the story is about an Indian who moves from Chennai for a job at Singapore and how he comes up in life is the story. The movie has six songs and the music director has the dream to play the six songs in six countries.

Starting from Chennai through roadways the trip moves through Bhutan, Myanmar, Thailand, Malaysia and reaches at Singapore. For the travel the film music director, film director along with five have started by car and before Satyam theatre and Suriya waved the flag and has started their trip. It will take 16 days for them to reach Singapore by car. A different dream and let their dream come true.