The Macedonia-based illusionist, Gogo Requiem has become a phenomenon in South India once his picture with Vijay appeared in social media. The illusionist is working with the team of Mersal to train Vijay for the upcoming film. The shooting lasted for 10 days, but Gogo will leave India with a lasting impression of the crew and especially Vijay. 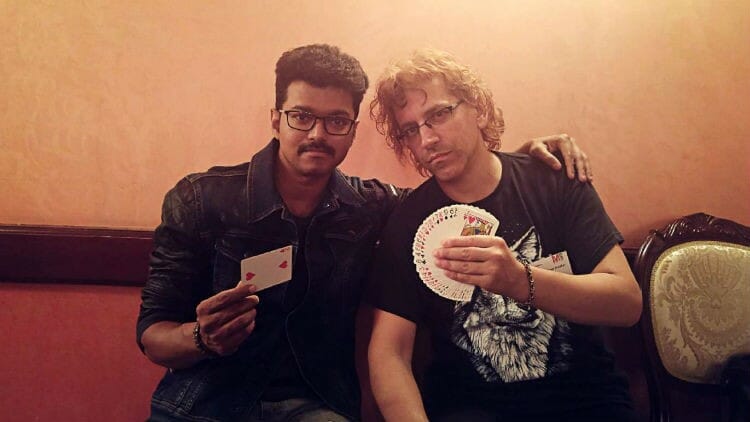 “When I first got the offer, I had my reservations over teaching someone to do things that take years of practice. But when I met Sir Joseph Vijay, I should say he was incredible — he managed to do everything at once. He is a good observer and a quick learner — the scenes were done in a single shot. One day, I was standing on the stage and he came to me and said, ‘Hi boss, how are you?’ And I said, ‘No, I am not the boss, you are the one.’ Then he said that I was helping him to better his role by making him understand the tricks, and hence, I was actually the ‘boss’. But I am no one, I’m just a regular guy doing the job that I love — magic. I asked him to call me Gogo, and not boss,” Gogo Requiem said with a beaming smile.

Raj Kumar’s next is an Investigative Thriller with Cheran in...