Super star Rajinikanth has gained an immense confident after the mega success of his latest flick Petta which hit the screens under the directorial of director Karthick Subbaraj. The success of the film helped the actor to prove his doubters wrong and reinstate that he is still the super star of South India. Now, the actor is all over the news again, this time it is for his next flick Darbar directed by controversial film maker A. R. Murugadoss. Its Darbar fever everywhere already, the film is still in its shooting stages but the fans of Thalaivar have already begun to make plans to celebrate Darbar in a grand scale. 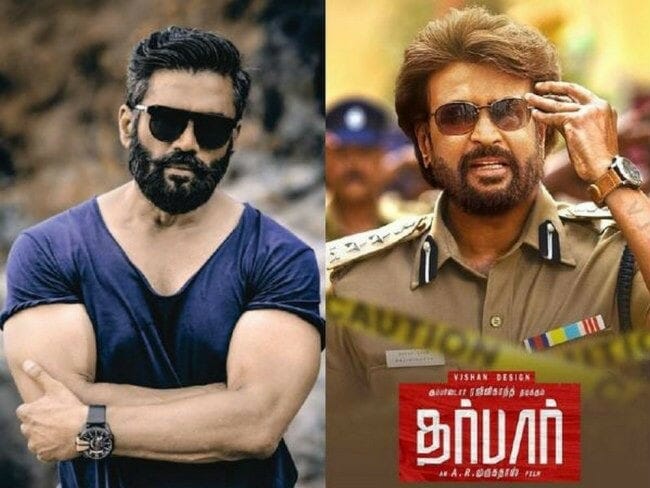 On the other hand, actor Prateik Babbar is also said to have been brought on board for the film. While actor Sunil Shetty will be seen in the role of a corrupt corporate criminal, Prateik Babbar will be playing his son in the flick. Actor Rajinikanth is set to wear the khakhi uniform again for the film after his popular flicks Moondru Mugam and Geraftaar. Darbar will be hitting the screens in the month of January as a Pongal release.

Apart from super star Rajinikanth and lady super star Nayanthara, the flick has Mollywood beauty Nivetha Thomas, Pradeep Kabra, Dalip Tahil, Jatin Sarna, and Yogi Babu. The Lyca Production house which bankrolled actor Rajinikanth’s Enthiran 2.0 will be funding Darbar too. The musical instruments for the film will be handled by Anirudh Ravichandran. While ace cinematographer Santhosh Sivan will be cranking the camera for the film, Editor A. Sreekar Prasad will be editing the film.